It has been alleged that BJP leaders have been violating MCC during last four weeks and the EC has not taken any decisions on as many as 40 complaints of Congress party. 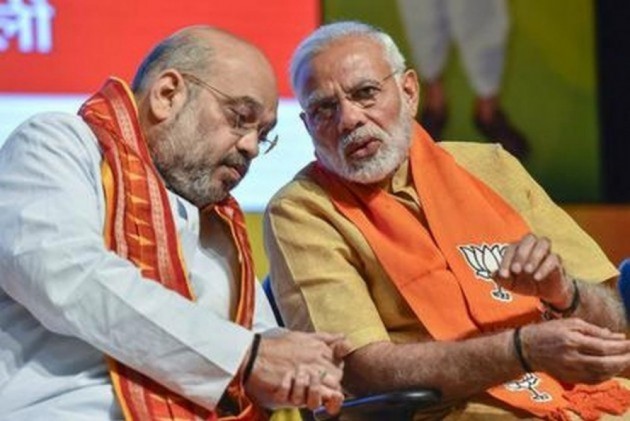 The poll panel told a bench headed by Chief Justice Ranjan Gogoi that it has already decided on two out of the 11 complaints which were filed by the Congress party against Modi and Shah for alleged violation of the Model Code of Conduct.

Senior advocate, Abhishek Manu Singhvi, appearing for Congress Lok Sabha MP Sushmita Dev, who has filed a petition in the apex court on the issue, said that they have given 11 representations to EC against the duo but it has taken the decision on only two.

Elections And Model Code Of Conduct In Digital Age

"The remaining representations of the petitioners shall be decided by the Election Commission before we hear the matter again on Monday (May 6)," said the bench also comprising Justices Deepak Gupta and Sanjiv Khanna.

The poll panel has given clean chit to PM Modi for two of his speeches -- one in Latur last month urging first time voters to dedicate their votes in the name of Balakot airstrike heroes and soldiers killed in the Pulwama attack, and the other in Wardha on April 1, slamming Congress chief Rahul Gandhi where he had also indicated that the Kerala constituency had more voters from the minority community.

In her plea, Dev has alleged that "inaction" by EC on complaints against top BJP leaders was "a sign of invidious discrimination" as also "arbitrary, capricious and impermissible" as it was destructive of the integrity of electoral process.

It has been alleged that BJP leaders have been violating MCC during last four weeks and the EC has not taken any decisions on as many as 40 complaints of Congress party.

"Since March 10, that is the date on which General Elections, were notified, the Prime Minister, Narendra Modi and BJP President Amit Shah, specifically in sensitive areas and states, have ex-facie violated the provisions of the Representation of People's Act and the Conduct of Election Rules and the process, thereof.

"It is in public domain that they have indulged in hate speeches, repeatedly used the armed forces for political propaganda, despite a clear prohibition on the same by the EC," Dev alleged.

The Silchar MP said she has been constrained to move to the apex court to seek direction to the EC "to expeditiously take action on multiple representations/ complaints pending before the ECI" against Modi and Shah.

Alleging inaction on the part of EC, the plea said it has not been taking actions "despite cogent evidence" and exhortations to the EC demonstrated "abdication and indecision and a complete absence of justice, in ensuring a level playing field in ensuing general elections".

"The inactions, omissions and commissions by the EC are in complete and direct violation of Articles 14 and 21 of the Constitution and which are impending free, fair and unbiased General Elections," the plea has said.

It also referred to the EC's circulars prohibiting parties and candidates from using pictures of armed forces for their political propaganda and using religions.

"The purpose of all these rules and regulations is to ensure a level playing field for all candidates regardless of position, influence or ideology and also to ensure that the sanctity and integrity of the electoral process is not undermined by unscrupulous individuals," it said.

The plea said that under the Constitution, the poll panel is the "watchdog of free and fair elections and is duty-bound to circumvent the pressure and ascertain that ensuing elections are free from any impediments in order to uphold the democratic sanctity and fundamental rights of the voter".