Priyanka Sharma, a BJP Yuva Morcha leader, allegedly shared on Facebook a photo in which Banerjee's face has been photoshopped on to actor Priyanka Chopra's picture from the MET Gala event in New York. 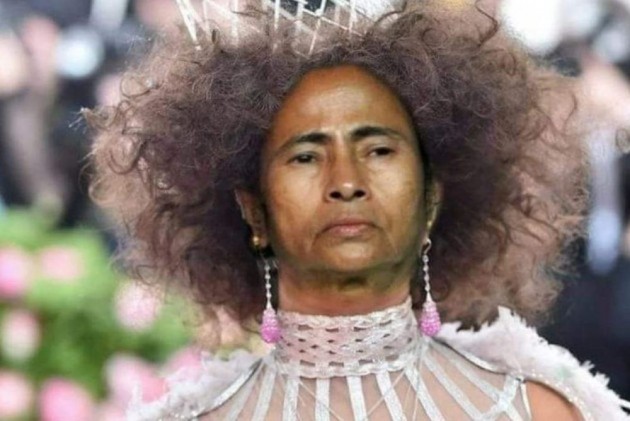 The Supreme Court agreed to hear on Tuesday the plea of a woman BJP activist challenging her arrest by West Bengal police for allegedly sharing a morphed photo of Chief Minister Mamata Banerjee on social media.

A vacation bench, comprising justices Indira Banerjee and Sanjiv Khanna, on Monday took note of the plea of advocate N K Kaul, representing the activist, that the issue of her arrest be accorded urgent hearing.

The bench posted the plea for hearing on Tuesday after the senior lawyer submitted that there has been a complete strike in West Bengal and it has forced the woman to challenge her arrest in the apex court.

The senior lawyer said the woman activist is in judicial custody following her arrest by the police.

Priyanka Sharma, a BJP Yuva Morcha leader, allegedly shared on Facebook a photo in which Banerjee's face has been photoshopped on to actor Priyanka Chopra's picture from the MET Gala event in New York.

Sharma, against whom a complaint was filed at Dasnagar Police station, has been sent to two weeks' judicial custody. She is seeking bail.

Her arrest was followed by protests from the BJP and other social media users.