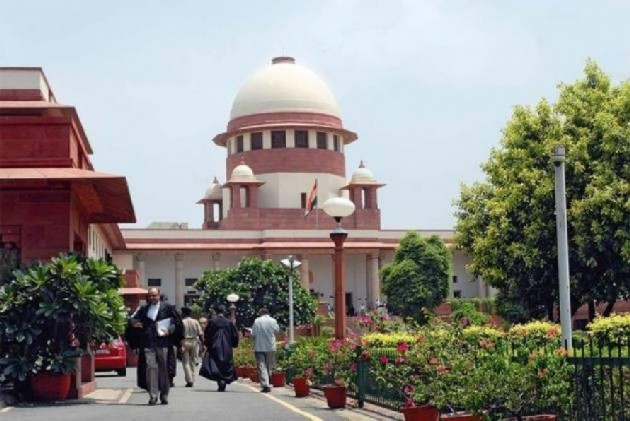 The Supreme Court is scheduled to hear on Friday the petitions posing legal challenges to the Centre's decision to scrap provisions of Article 370 which abrogated special status to Jammu and Kashmir and subsequent measures putting restrictions on the working of media in the region.

While the advocate has challenged the scrapping of provisions of Article 370 which has resulted in the creation of two Union Territories -- Jammu and Kashmir and Ladakh, the journalist has sought directions for restoring of all modes of communication, including mobile Internet and landline services, throughout the state to provide an enabling environment for the media to practise its profession.

Sharma had filed the petition on August 6, a day after the Centre had abrogated the Jammu and Kashmir's special status.

The advocate in his plea has claimed that the Presidential order on Article 370 was illegal since it was passed without the consent of the Jammu and Kashmir Assembly.

In a separate petition filed on August 10, Bhasin said she is seeking a direction for the Centre and the Jammu and Kashmir administration to immediately relax all restrictions on freedom of movement of journalists and media personnel in Kashmir and some districts of Jammu.

The direction was sought to enable media personnel to practise their profession and exercise their right to report in furtherance of their rights under Articles 14, 19 (1) (a) and 19 (1) (g) and 21 of the Constitution as well as the right to know of the residents of the Kashmir Valley, the petition said.

In the petition, the editor said that since August 4, all connectivity was shutdown leaving Kashmir and some districts in Jammu completely isolated and cut-off from all possible modes of communication and information.

Earlier on Tuesday, the apex court had refused to interfere with the restrictions, including the communication clampdown in Jammu and Kashmir, saying that reasonable time should be given for bringing normalcy in the sensitive situation and posted the matter for hearing after two weeks.

The National Conference, the main political party of Jammu and Kashmir, has also filed a petition posing legal challenges in the apex court to the changes made in the constitutional status of J&K, contending that these have taken away rights of its citizens without their mandate.

Arguing that the legislation approved by Parliament and the orders issued by the President subsequently were "unconstitutional", the petition prayed for these to be declared as "void and inoperative".

The petition has been filed by Mohammad Akbar Lone and Justice (rtd) Hasnain Masoodi, both Lok Sabha members belonging to the NC.

Some other individuals have also filed a petition in the Supreme Court but they are not listed for hearing on Friday.