The pleas before the Supreme Court demand an independent probe into the alleged snooping on certain people in the country involving Israeli spyware Pegasus. 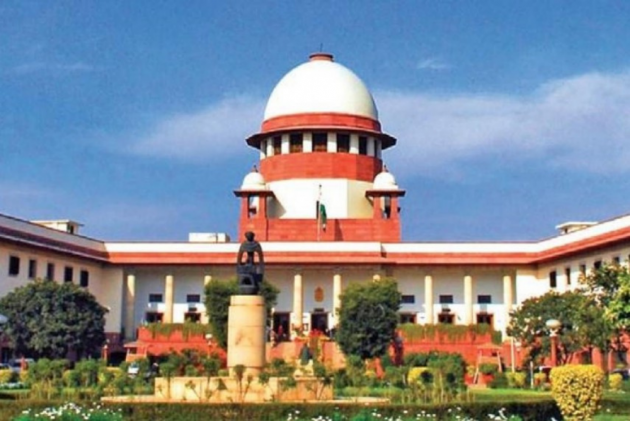 The Supreme Court is scheduled to hear batch of please seeking an independent probe into the alleged Pegasus snooping case in India on Monday.

The pleas before the SC demand an independent probe into the alleged snooping on certain people in the country involving spyware Pegasus.

A three-judge bench headed by Chief Justice N V Ramana had on September 7 had granted more time to the Centre.

The apex court had given time to the Centre to decide on filing a further response on the petitions after Solicitor General Tushar Mehta said that due to some difficulties he could not meet the officials concerned to take a decision on the filing of the second affidavit.

The Centre had earlier filed a limited affidavit in the apex court saying the pleas seeking an independent probe into the Pegasus snooping allegations are based on "conjectures and surmises or on other unsubstantiated media reports or incomplete or uncorroborated material".

On August 17, the top court had issued notice to the Centre on the pleas, making it clear that it did not want the government to disclose anything which compromises national security.

In its short affidavit filed in the court earlier, the Centre had said the position on the issue has already been clarified in Parliament by Information Technology Minister Ashwini Vaishnaw.

With a view of dispelling any wrong narrative spread by certain vested interests and examining the issues raised, the government will constitute a committee of experts, it had said.

The top court, while issuing notice on the pleas, had said that it did not want the government to disclose anything related to the national security and had asked the Centre what is the "problem" if the competent authority files an affidavit before it on the issue.

"Our considered response is what we have respectfully stated in our last affidavit. Kindly examine the issue from our point of view as our affidavit is sufficient," the law officer had told the bench, adding, "The Government of India is before the highest court of the country."

The law officer had said if the government of any country divulges information about which software is used and which is not used, then those involved in terrorist activities may take preemptive measures.

An international media consortium has reported that over 300 verified Indian mobile phone numbers were on the list of potential targets for surveillance using Pegasus spyware. (With PTI inputs)