A five-judge constitution bench headed by Chief Justice Ranjan Gogoi heard submissions on behalf of parties including the Kerala government, Travancore Devaswom Board (TDB), Nair Service Society and others and said that it would pronounce its order as to whether to review the judgment or not. 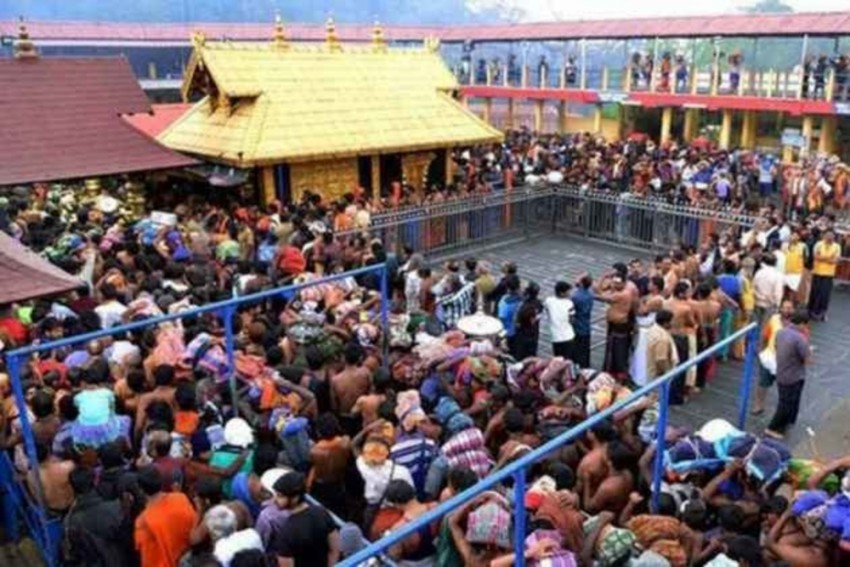 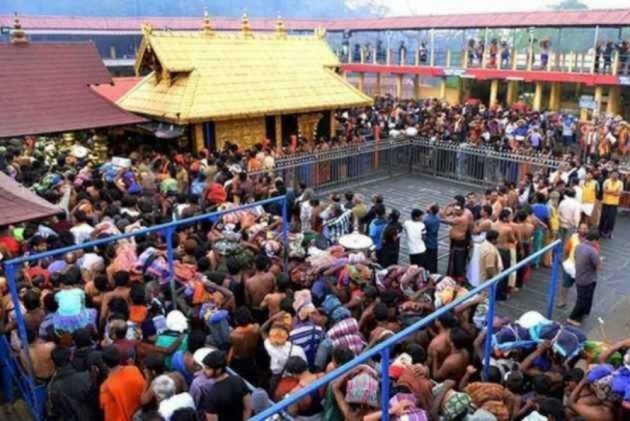 The Supreme Court Wednesday reserved verdict on a batch of petitions seeking review of its September 28, 2018 judgement that allowed women of all age groups to enter the Sabarimala temple in Kerala.

A five-judge constitution bench headed by Chief Justice Ranjan Gogoi heard submissions on behalf of parties including the Kerala government, Travancore Devaswom Board (TDB), Nair Service Society and others and said that it would pronounce its order as to whether to review the judgment or not.

The apex court was seized of as many as 64 petitions including review plea.

Kerala government, TDB and two women who had entered the shrine opposed the review petitions, including those filed by Nair Service Society.

Former attorney general and senior advocate K Parasaran, appearing for the NSS, assailed the majority verdict, saying Article 15 of the Constitution throws open for all public the secular institutions of the country but it doesn't deal with religious institutions.

Sabarimala review petitions in Supreme Court: Senior advocate K. Parasaran appearing for the Nair Service Society says 'the exclusionary practice in Sabarimala is based on the character of the deity.' pic.twitter.com/pwRliXQjUQ

The article "throws open all public institutions of secular character for all classes of citizens but the article conspicuously omits religious institutions", he told the bench.

Seeking reconsideration of the verdict, he said the article which deals with abolition of untouchability in society was wrongly used by the apex court in its judgment as exclusion of certain age groups of women was not based on caste.

The advocate also referred to the celibate character of the deity at Sabarimala and said the court should have considered this aspect.

Senior advocate Jaideep Gupta appearing for the Kerala government told the bench also comprising justices R F Nariman, A M Khanwilkar, D Y Chandrachud and Indu Malhotra that there was a consensus among the four judges who delivered the majority judgment on three aspects, i.e., Article 26, 25 (2) and rule 3 (b) of the Kerala Act.

The arguments by those who have filed the review petition that certain submissions were not considered in the judgment or were not advanced is not a ground for re-examining the verdict, said the advocate.

He said many of those who have sought a re-look of the judgment have not come out with valid legal points but have merely analysed the verdict by the way of a review petition and the court should not entertain them.

Another senior advocate Vijay Hansaria, also appearing for the Kerala government, said a case cannot be allowed to be reopened by way of review petition.

Dealing with the aspect of constitutional morality, the senior lawyer said that in a pluralistic diverse Hindu society this concept cannot be applied objectively by the court and it has to be subjective keeping in mind different kind of essential religious practices of Hindu religion.

Senior lawyer Shekhar Naphade, also appearing for a party in the case, said in a matter of faith, the court cannot direct a community to practice the religion in a particular manner.

"This is an internal affair of a religious community which worships a particular deity in a particular manner. This has never been in dispute that this practice is being followed for centuries.

"The court cannot issue a writ of mandamus against a community to practice its religion in a particular manner," Naphade said adding that this practice was an essential religious practice which cannot be scrutinised by the court.

He said that any religious practice cannot be stopped unless it constituted a criminal offence.