'Scar On Judiciary': What Ranjan Gogoi Said In 2019 On Post-Retirement Appointment Of Judges

'There is a viewpoint that post-retirement appointment is itself a scar on judicial independence of the judiciary,' Ranjan Gogoi said. 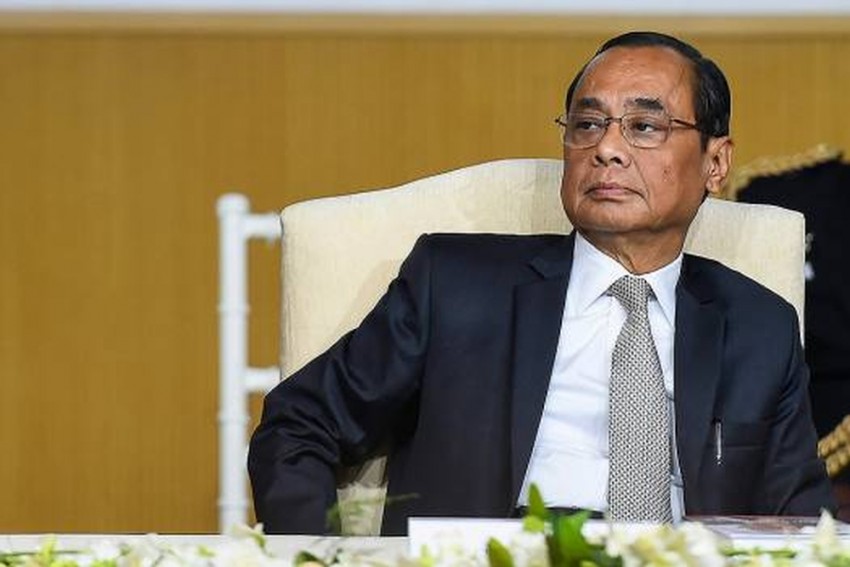 The nomination of former Chief Justice of India, Ranjan Gogoi, to the Rajya Sabha has stirred a debate on the independence of the judiciary and, at the same time, evoked criticism from the Opposition, which has termed the nomination "quid pro quo".

Though this is not for the first time that a former CJI has become a Rajya Sabha member -- former CJI Justice Ranganath Mishra was elected to the Upper House on Congress ticket in 1998 -- a judgment by Gogoi in 2019 on the post-retirement appointment of judges is seen as contradictory the latest development.

In March 2019, a Supreme Court bench, headed by Gogoi, said that there is a valid "strong viewpoint" that the post-retirement appointment of judges in tribunals is a "scar" on the "independence of the judiciary".

The bench was hearing a bunch of petitions relating to challenges to the laws governing quasi-judicial tribunals.

"There is a viewpoint that post-retirement appointment is itself a scar on judicial independence of the judiciary. How do you handle that," Gogoi said.

Though the observations were in the context of the appointment of members of Tribunals, they are relevant with respect to Constitutional courts as well.

Justice Gogoi''s tenure as judge and as CJI was marked by some controversies and allegations of sexual harassment, of which he was later cleared.

Gogoi headed a bench which in a landmark verdict held that the office of the CJI is a public authority under the Right to Information Act, but "judicial independence has to be kept in mind" while disclosing information in "public interest".