The recovery of the bricks clearly indicates that urbanisation existed in Sambalpur much before the Chouhan regime, INTACH member Deepak Panda said. 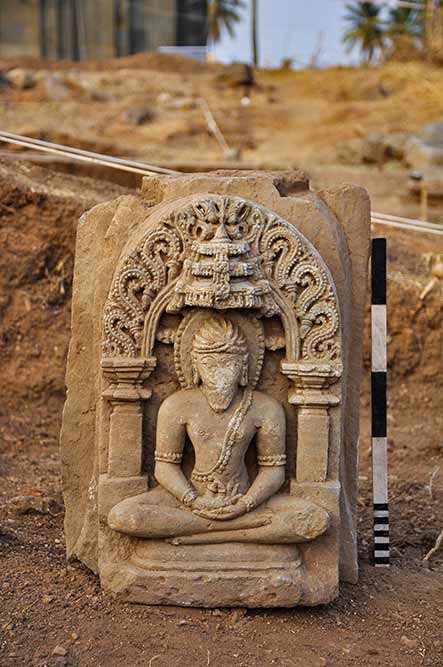 Following information provided by the members of the Indian National Trust for Art and Cultural Heritage (INTACH), a team of research scholars from Sambalpur University discovered ancient wall structures constructed using bricks dating back to the early Gupta period in Odisha’s Sambalpur during their visit to the site on August 15.

According to the official statement published by the university, the thorough investigation that indicates advent civilisation in the city during the Gupta period or even earlier was conducted the history department.

It is believed that one of the Chauhan rulers named Balaram Dev occupied the Sambalpur area and established his sovereign state around 1570 Common Era, INTACH member Deepak Panda said.

However, the recovery of the bricks clearly indicates that urbanisation existed in Sambalpur much before the Chouhan regime, Panda added.

The wall structures, constructed using the bricks of early Gupta period -- 6th to 7th century Common Era -- were found in between Durgapali and Badbazar locality across a stretch of about 2 km, the release said.

“The bricks found in Sambalpur were thoroughly examined, and from their dimension, it was confirmed that those belonged to the Gupta period,” said P K Behera, a professor of the history department of the university.

On the basis of the evidence available, it appears that the “antiquity of the present Sambalpur city goes back to the Gupta period and/or even earlier”, he said.

Behera said remains of the Mauryan period were also found during excavations in Jujomura block in Sambalpur district.

“A detailed archaeological excavation from a multidisciplinary perspective will certainly reveal much more history regarding the formation process and spread of urbanisation of Sambalpur township,” he added.