The exams of classes V, VI and VII that were scheduled for today also stand cancelled, said Rajouri's District Magistrate (DM). The fresh date of exams will be notified later. 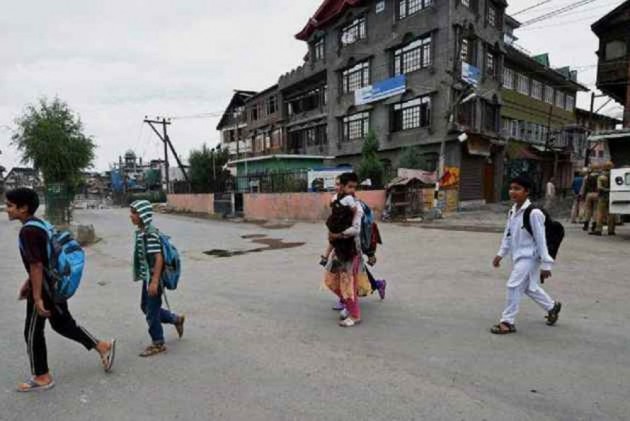 All government and private schools located within five kilometers from the Line of Control in Rajouri were ordered to remain closed on Wednesday, keeping in mind the prevailing situation in Jammu and Kashmir.

The exams of classes V, VI and VII that were scheduled for today also stand cancelled, said Rajouri's District Magistrate (DM). The fresh date of exams will be notified later.

On Tuesday, Governor Satya Pal Malik reviewed the prevailing law and order situation in Jammu and Kashmir following the air strikes carried out earlier that day.

In the meeting, Malik was briefed about the prevailing law and order and security situation in the state following the early morning operations against Pakistan-based terror outfit Jaish-e-Mohammed, who claimed responsibility for the Pulwama terror attack.

He was also informed that the life in both Kashmir Valley and in Jammu region was normal.

After assessing law and order in the state, the Governor directed all forces to take effective measures to maintain public order and peace across the state. He complimented the people of Jammu and Kashmir for remaining composed and not getting unnecessarily alarmed.

The terror camp in a thick forest area atop a hill was led by Ustad Gauri, brother-in-law of JeM chief Masood Azhar, Gokhale said, making a statement before the media, hours after the air strikes using Mirage 2000 were carried out.

In retaliation, Pakistan violated ceasefire in a number of places along the LoC. Heavy shelling was also reported in the region.