Tamil Nadu scientist claimed although there is no problem with the experimental physics, theoretical physics, he said, is totally wrong and will be completely destroyed in future. 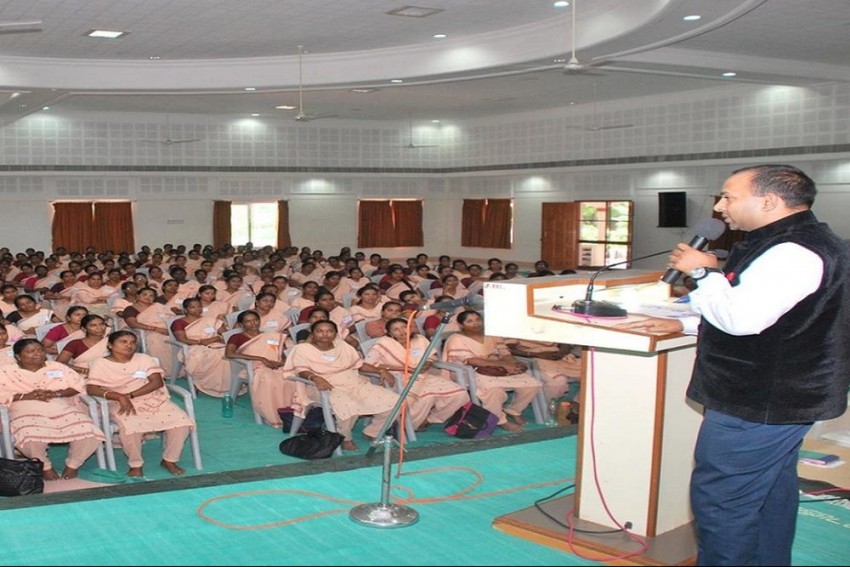 A scientist at the 106th Indian Science Congress on Friday stunned the audience with his audacious claims regarding modern physics and famous physicists including Albert Einstein and Isaac Newton.

Kannan Jegathala Krishnan, a delegate at the Science Congress, claimed that modern Physics will be completely destroyed and asserted that a new understanding of Physics will emerge based on his observations.

Laying his charge on modern Physics, Krishnan said, "In the 21st-century, the super standard model will rule the world, it is also known as the Vellarithi Model of Universe. This will be the only one model, the modern Physics will be completely destroyed."

"Luckily his calculations are correct". Krishnan added and went on to say that "there is no problem in experimental Physics at all, the problem is only in the theoretical physics, which means that the scientists have failed to interpret the experiments in the right way." He called it his "proverb".

His disagreements with Einstein didn't stop there. Talking about Einstein's 'Theory of Relativity', Krishnan said, "What Einstein told was that mass is converted into energy and it is moving at the speed of light, that is why he added C2, you have to understand that he didn't even understand what is energy." "So, completely, E=MC2 is wrong," he argued, wrapping up his attacks on Einstein.

Krishnan claimed that due to lack of follow up from the government, he got "upset and thought India is not helping me" and sent his paper to heads of 40 countries around the world.

Next in his list was British physicist Stephen Hawking, with whom he claimed to have corresponded through emails in 2017, and said "I told him, I have read your theory on Black Holes and it is not correct. It is misleading information regarding the black holes, I kindly ask your good self to think about Dark Matter, where I named Dark Matter as Vetha which Particle as self-compressing surrounding pressure force, you might get the answer for black holes which is named as Kanan, I named the black holes as Kanan, and told him, once you understand what is dark matter, you will understand what is black holes, you are misleading the world (sic)."

Krishnan also claimed to be the source of Union Minister of Science and Technology Harsh Vardhan's comment that Veda's have a superior theory to Einstein's E=MC2 theory.

Last year, at the 105th Indian Science Congress, Vardhan had claimed that cosmologist Stephen Hawking, had said the Vedas have a theory that is superior to Albert Einstein's theory of relativity.

Vardhan, however, had parried questions on the source of the information.

“We recently lost a renowned scientist, cosmologist Stephen Hawking. He also emphatically said on record that our Vedas might have a theory which is superior to the Einstein's theory of E=mc2," Vardhan had said in his speech and urged the reporters to find the source of his claims.

He also claimed that with the establishment of his of own theory, Vardhan will become more popular than former president and India's 'missile man' A.P.J. Abdul Kalam.

Krishnan also said that, based on his observations, the international scientific community will soon declare that Higgs Boson is not the God Particle besides claiming to be the first person to define electricity and said electricity and magnetism are same.