Opinion: Scrapping Article 370 Is Nothing But Road To Self-Destruction For India

What was the need to amend article 370 now, and do so in a way that showed brutal contempt not only for the Kashmiris but also for the Constitution of India? 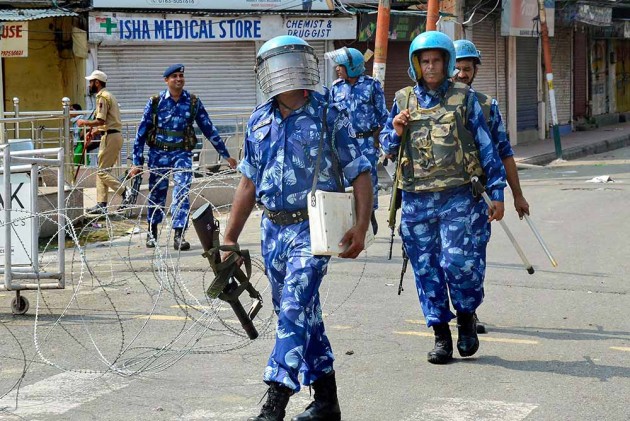 Prime Minister Narendra Modi is a man in a hurry. He is in a hurry to demolish the Indian State that 15 governments before this BJP-led dispensation had built painstakingly. This was a State unique among nation-states for its tolerance, and easy accommodation of diversity -- religious, ethnic, or linguistic -- and the freedom it gave to its diverse people to build their futures within its boundaries.

The keystone of this arch of tolerance was article 370 of the Constitution of India, which gave a special status to the state of Jammu and Kashmir. Article 370 gave legal recognition to the Instrument of Accession. It ceded sovereignty to the Indian state over Kashmir only in four subjects -- defence, foreign affairs, communication and currency. Further integration with the Indian state could be proposed by New Delhi but had to be accepted by the state legislature, which had the right to declare itself a constituent assembly whenever the need arose.

Over the four succeeding decades, this integration proceeded smoothly. The Delhi agreement of 1952, signed with Sheikh Abdullah, integrated Kashmir’s economy fully with India’s, by completely freeing trade and movement of people from the restrictions that had existed before 1947.

On Abolition Of Article 370, Congress A Divided House

Between 1956 and 1994, 47 Presidential orders were issued with the concurrence of the State government that extended 94 of the 97 subjects in the union list, containing 260 of the then extant 395 Articles of the constitution of India, to Kashmir.

Kashmiri nationalists complain that this was done by puppet governments in Kashmir following the arrest and imprisonment of Sheikh Abdullah. But only a limited number of these extensions were political. Most had to do with industry, trade and transit, education, social welfare, labour laws, the jurisdiction of the Supreme Court of India, the division of tax revenues, the devolution of plan grants and other such issues and were initiated by the state government.

The proof of this is that during intensive discussions with Mrs Gandhi’s emissary, G. Parthasarathy, that preceded Sheikh Abdullah’s return to power in 1975, he only found four clauses that he wanted to be amended.

In the 1960s and ‘70s, Article 370 became the model for the peaceful integration of the multitude of tribes in Assam and the north-east, that belonged nominally to British India, but whom the British had left more or less alone.

Five articles were added to the Constitution granting similar rights to the Nagas of Nagaland, the Mizos, the remaining Naga and other tribes of Arunachal Pradesh and, earlier, to the Garos, Khasis and Mikirs of what became Meghalaya.

After five years in office, Mr Modi must have had people in his inner council who understood the pivotal role article 370 had played in integrating India, almost entirely through consensus, with a minimal resort to force.

So what was the need to amend article 370 now, and to do so in a way that showed brutal contempt not only for the Kashmiris but also for the Constitution of India? Ostensibly, the government’s goal was to end the limitation of citizenship rights to those who belonged to the state in 1947 and their direct descendants.

This had created an anomaly by which a large number of Hindus and Sikhs who settled in the Jammu division after Independence became the citizens of the country but not the State. But in reality, both -- haste and contempt -- reflect the RSS’ determination to enforce the cultural homogenisation of India that is the essence of its doctrine of Hindutva.

The proof of this is not only the government’s readiness to turn every living Kashmiri against India by moving 45,000 additional troops into the valley, cutting short the Amarnath Yatra, and jailing not just the “separatists”, but also the leaders of the mainstream Kashmiri parties.

The amendments to the Unlawful Activities Prevention Act (UAPA) and the National Intelligence Agency (NIA) Act, carried out in anticipation of this move, give blanket powers to the police to crush dissent even in speech or writing, by an Indian citizen in any part of the world, by designating the dissenter a terrorist, seizing all his or her assets, and imprisoning him or her for months, possibly years (as has happened to the five alleged Maoist sympathisers who were arrested in June 2018) without bail.

These were rushed through both houses of parliament in a day, without advance notice, to prevent the opposition from mustering its strength in the Rajya Sabha to defeat it. Only after it had made all these preparations did the government take the unprecedented step of making the President of India, who swore an oath to uphold the Constitution of India, break it.

Mr Modi and his Home Minister have learned no lessons from either science or history. The very first is that if you put a cork in a bottle and keep heating the gas inside it, sooner or later the bottle will explode. In the next few months, Kashmiris will cling on to the hope that the Supreme Court will strike the Presidential order down.

If for some reason the Supreme court does not do so, every last Kashmiri will turn against India. Indigenous terrorism will bloom, and the more the government uses force to crush it, more Jihadis and other malcontents from other parts of the world will rush to launch a jihad in Kashmir. There is no light at the end of this tunnel. The bright point of light we might see at the end of it one day could be the beginning of a nuclear explosion.

(Prem Shankar Jha is a journalist and author. Views expressed are his own.)