The minister also informed the House that 11 Rafale fighter jets have arrived in the country and the number will reach 17 by March this year. 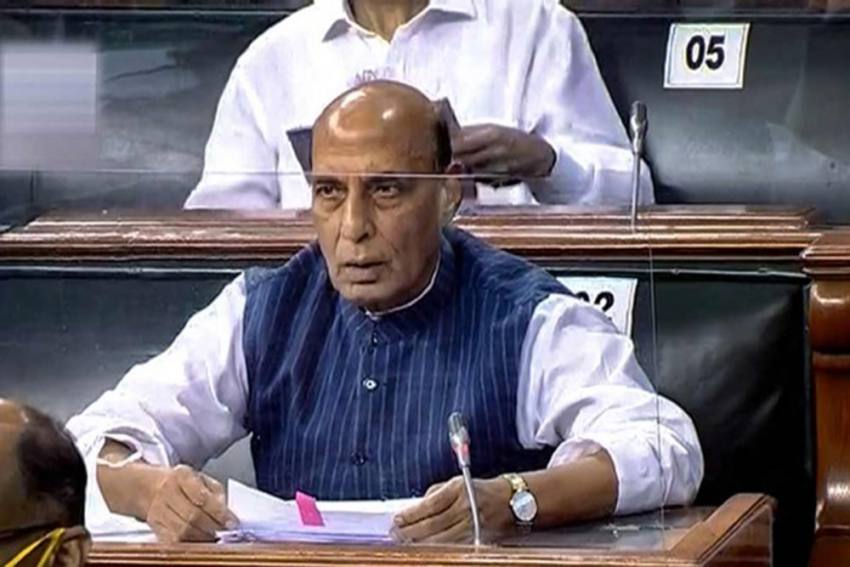 Defence Minister Rajnath Singh on Monday hailed the efforts of Indian security forces in the Rajya Sabha. He said, that the skilled security forces not only curbed Pakistan's criminal activities at the borders but also gave a befitting reply to them.

The minister also informed the House that 11 Rafale fighter jets have arrived in the country and the number will reach 17 by March this year.

"There is no question of being lethargic. I want to make it clear the way our army has acted, the actions of Pakistan have been restricted to borders only," he said, replying to a question related to ceasefire violations by Pakistan.

Singh added the entire fleet of the fighter jets will arrive in the country by April 2022.

He said the Indian Army, BSF and other security forces must be complimented.

Stating that 4,649 ceasefire violations took place in 2020, Singh said Indian security forces are fully alert and are giving a befitting reply to nefarious acts of Pakistan.

Singh also told the House the government has decided that 101 defence-related items will be manufactured in India and not imported.