The developments come after farmer leaders announced they would intensify their agitation by blocking the Jaipur-Delhi and the Yamuna expressway by Saturday. 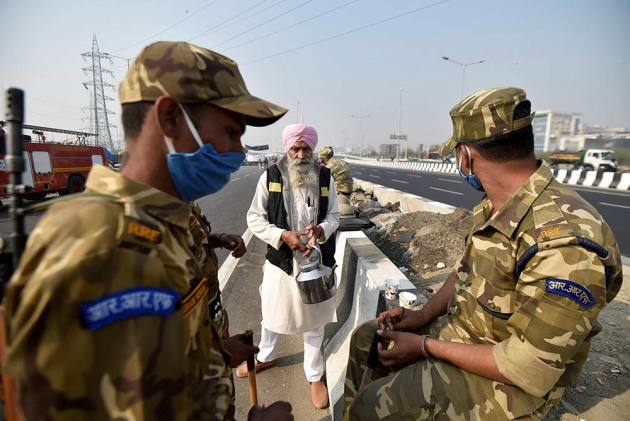 The Delhi Police has increased security arrangements at the city’s border points following the announcement by agitating farmers to block the Jaipur-Delhi and the Delhi-Agra Expressways on Saturday to further intensify their protest against the Centre’s new agri laws.

Thousands of farmers have been protesting at various areas on Delhi’s borders for the last 16 days and demanding that the legislation be withdrawn.

The police have made adequate arrangements and these include multi-layered barricading and deployment of personnel. Measures have also been taken to ensure commuters do not face inconvenience at places were protest are being staged, a senior police officer said.

Centre Vs Farners: Who Will Blink First?

The Delhi Traffic Police has deployed its personnel across important border points to ensure commuters do not face difficulties and is constantly updating people about open and closed routes on its Twitter handle.

The developments come after farmer leaders on Wednesday rejected a government proposal to amend the new Agri laws and announced they would intensify their agitation by blocking the Jaipur-Delhi and the Yamuna expressway by Saturday.

In a tweet, the traffic police on Saturday informed commuters about the closure of the Singhu, Auchandi, Piau Maniyari and Mangesh borders.

Since these borders are closed, it suggested that motorists take alternative routes via Lampur, Safiabad, Saboli and Singhu School toll tax borders.

Traffic has been diverted from Mukarba and GTK Road. So, commuters have been advised to avoid Outer Ring Road, GTK Road and National Highway-44, the traffic police said.

Due to the ongoing farmers' protests, it said that both the Chilla and the Ghazipur borders are also closed for traffic from Noida and Ghaziabad.

"The Chilla & Ghazipur borders are closed for traffic from Noida & Ghaziabad to Delhi due to farmers protests. People are advised to take an alternate route for coming to Delhi via Anand Vihar, DND, Apsara & Bhopra borders," it tweeted.

The Tikri and the Dhansa borders are also closed for traffic movement but the Jhatikara border is open only for two-wheelers and pedestrian movement, the traffic police said in a tweet.

Those going towards Haryana can take Jharoda (only single carriageway), Daurala, Kapashera, Badusarai, Rajokri NH 8, Bijwasan/Bajghera, Palam Vihar and Dundahera borders as they are open, the traffic police said.

The government had asked farmer groups to consider its proposals for amending the laws to address their concerns and said it was open to discussing its offer further whenever the unions want.

Farmers leaders on Thursday also announced they would block railway tracks across the country if their demands were not met by the government and would announce a date for that soon.

At least five rounds of formal talks have taken place between the Centre and representatives of farmers, mainly from Punjab and Haryana, protesting on various borders of the national capital for over two weeks, but the deadlock has continued with the unions sticking to their main demand for the repeal of the three contentious laws.

The sixth round of talks between the government and farm union leaders, which was scheduled for Wednesday morning, was cancelled.