Security Tightened, Drones Deployed, Internet Shut Ahead Of Possible Anti-CAA Protests In UP

Internet services have been suspended again in Ghaziabad, Bulandshahr, Meerut, Muzaffarnagar and Shamli. 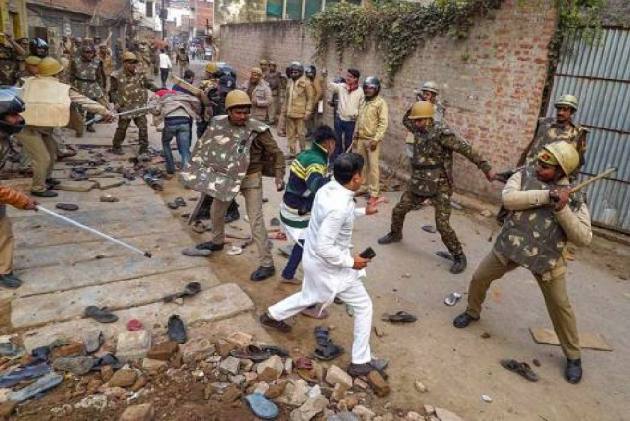 All districts in Uttar Pradesh have been put on high alert ahead of the Friday prayers in the backdrop of ongoing protests against the amended Citizenship Act.

Security has been beefed up and patrolling intensified to ensure peace ahead of the Friday prayers, keeping in mind the widespread violence that hit the state last week.

As a precautionary measure, Internet services, that were resumed after nearly a week, have been suspended again in Ghaziabad, Bulandshahr, Meerut, Muzaffarnagar and Shamli.

In Agra also, the services will remain suspended from 8 am till 6 pm on Friday, a senior police official said.

To avoid a repeat of last Friday's violence in Gorakhpur, police staged a flag march in sensitive areas on Thursday and held a meeting with peace committees in all circle and police station areas.

Paramilitary force personnel and state police force have been deployed and drone cameras are being used to ensure security on Friday, DM Vijyendra Pandiyan said.

Meanwhile, the process to confiscate the property of those involved in damaging public assets during the protests gained momentum with 372 people being served notices in different districts.

A home department spokesperson on Thursday put the death toll at 19 in the violence last week, which left 288 policemen injured, including 61 who received firearm injury.

He said 327 FIRs have been registered and 5,558 preventive arrests made.

Official sources said more district administrations issued notices to people to make them pay for the losses caused by them in arson and stone-pelting.

The maximum 200 notices were issued in Moradabad followed by 110 in Lucknow, 34 in Gorakhpur and 29 in Firozabad, an official spokesman said.

In the entire state 1,113 persons have been arrested for their alleged involvement in violence.

A report from Sambhal said the district administration has issued notices to 26 people for their alleged involvement in damaging properties during protests against the amended citizenship law, asking them to explain their position or pay for the losses.

Sambhal Superintendent of Police Yamuna Prasad said posters of 150 people have been released and 55 have been identified for their involvement in violent protests. A preliminary probe in anti-CAA violence in Kanpur suggested role of Bangladeshis and Kashmiris, police said.

"Police investigation has revealed that violence during the protests against CAA on two consecutive days on Friday and Saturday in Kanpur happened in an organised manner," Kanpur SSP Anand Deo Tiwari said.

"Preliminary probe suggested the involvement of people including Bangladeshis and Kashmiris," he said, adding there was "ample evidence" to strongly indicate their involvement.

Also Read: Notices To 60; 1000 FIRs Against Unidentified People For 'Violence'

Some 1,200 unidentified persons, including students, teachers and non-teaching staff of the Aligarh Muslim University, have been booked for alleged violation of prohibitory orders under CrPC section 144 by taking out a candle-light march on Tuesday.

The march was taken out as a mark of protest against the Citizenship Amendment Act (CAA) and express solidarity with those who lost their lives during the stir against the contentious law.

Alleging the BJP government was "afraid" of Hindu-Muslim unity, Samajwadi Party chief Akhilesh Yadav sought to know when a probe into "police brutality" on protesters in the state will be ordered.

"The government is afraid of Hindu-Muslim unity. It is making allegations that people are criminals. It wants to confiscate property of the poor. It is commenting on people's dress...Threatening to take revenge from citizens. But the government should tell (people) when will it initiate probe into police brutality," Yadav said in a tweet in Hindi.

Also on Thursday, the Uttar Pradesh Shia Central Waqf Board said Indian Muslims do not have any threat from the National Register of Citizens.

"Hindustani Muslims do not have any threat from NRC. It should be implemented in the country. The real matter is of identification of intruders, who are real threat to the country," its Chairman Waseem Rizvi said.

An Uttar Pradesh minister on a visit to Bijnor refused to meet the families of the two Muslim men who died in the recent protests against the new citizenship law, terming them "upadravi" (vandals).

"Why should I go to vandals' place? How can those who are involved in vandalism and put the entire country and state in arson be social," minister Kapil Dev Agarwal posed, defending his decision to not visit the homes of the two Muslim families.

"Why should I visit those who want to put Nahtaur/Bijnor in flames?" the minister in-charge of the district shot back when asked by reporters to justify his decision.

Agarwal, the vocational education and skill development minister in the Yogi Adityanath government, did meet Om Raj Saini, who was injured in the violence that hit the district's Nehtaur area, and his family.

Congress leader Priyanka Gandhi Vadra on Sunday met the families of those dead in the violence in Bijnor.

When a media person confronted the UP minister by asking him specifically whether it did not amount to discrimination, Agarwal retorted saying, "Why should I go to the homes of vandals? Listen to me. Those who are doing vandalism and want to inflame passions, how are they part of society. Why should I go there? This is not about Hindu-Muslim. Why should I go to vandals?"

A report from Varanasi said 51 professors of the Banaras Hindu University and its affiliate colleges have started a signature campaign to lodge their protest against the arrest of some BHU students who were staging a peaceful protest against CAA and NRC in the city.