When asked if India should woo companies currently involved in China, Gurumurthy said: In my view, India should just create the ecosystem in which those who want to leave China will look at us as the first option. China cannot blame India for someone leaving on their own. 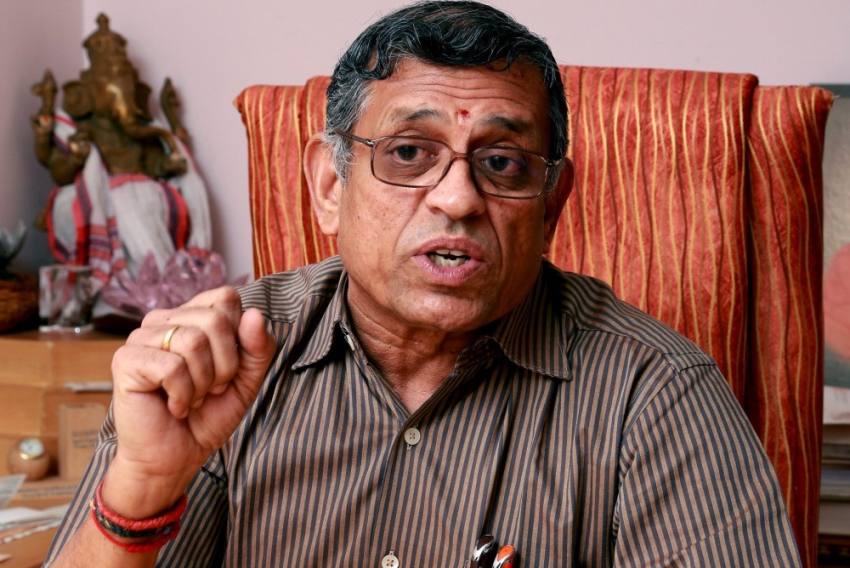 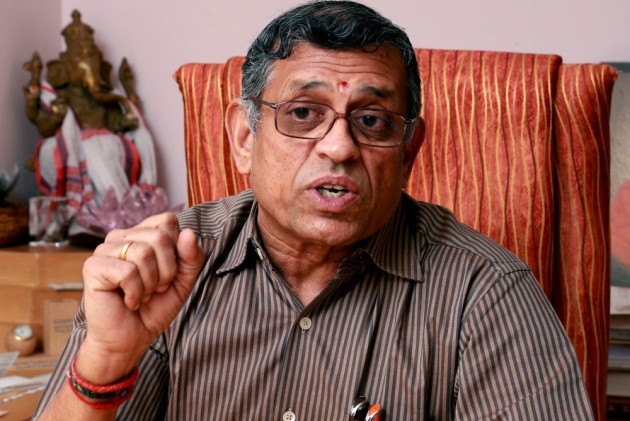 Prime Minister Narendra Modi, in his most recent address to the nation on May 12, said it was necessary to convert the coronavirus crisis into an opportunity and make India "self-reliant".

S. Gurumurthy, the RSS ideologue, a member of the board of the Reserve Bank of India and co-convenor of Swadeshi Jagran Manch (SJM) speaks to Outlook about the post-COVID economics and the feasibility of PM Modi's idea of an "aatmanirbhar Bharat."

Q: How has COVID-19 changed the economic landscape especially the way countries approach manufacturing and trade? Is this the end of the WTO as more countries become protectionist?

Gurumurthy: Obviously, all the countries are reworking their manufacturing policies. Even before Covid-19, big ones like the US and Japan have been extremely unhappy with the global bilateral order which China had taken advantage of and emerged as a huge problem for them. Even earlier Trump had pronounced that patriotism and not globalism was the future, and started a trade war against China. COVID-19 has actually set the US/West against China in varying degrees with America leading the charge against the Asian giant, and Germany and England closely following. Japan is clearly with the US and India seems to be with both. This is evident from the fact that the US, Japan and India have not joined China and EU to have a temporary substitute for the WTO dispute settlement mechanism, which was dysfunctional because of US refusal to appoint the juries. Without dispute settlement mechanism the WTO is paralysed.

Even otherwise the WTO was increasingly becoming an irrelevant mechanism with globalisation fatiguing and not being seen as the future. ‘The Economist’ magazine even pronounced the WTO as dead. COVID-19 has only provided the context for its funeral. I think the word protectionist is being used in an abstract sense. Every country has been protectionist always with only their method of protection differing from country to country. The most open nations like the US and EU also were having many non-tariff barriers. But it was not fashionable to be protectionist in the past.

Trump has removed the reservation to be protectionist. Hereafter, every country will measure its costs and benefits from multilateralism. No country will look at the larger picture and general good. So I see the fast decline of multilateralism and growth of culturally compatible bilateralism and plurilateralism. This will mean huge changes in fortune for different nations. The financial world will also undergo changes. The global order is itself changing as Henry Kissinger wrote in the beginning stages of COVID-19 and well before the deepening of the crisis. Globalisation was founded on trust among nations which has collapsed because of the lack of transparency of China thanks to its dictatorship. I see democratic nations forging extensive trade relations amongst themselves in future.

Q: Has Modi’s package come a bit late? Is it because the government took its time in accomodating too many inputs, including from Swadeshi Jagran Manch?

A: I think the Modi package is beautifully timed as it was neither too early as in many other countries nor too late for implementation. The timing coincides with the lifting of the lockdown and also the beginning of economic activities. This delay also gave the government enough time to do proper homework as it also had to factor in the pre-COVID-19 issues. Modi has taken inputs from everyone and it is not a surprise that his package philosophy "Atma Nirbhar" at its very core echoes the swadeshi movement post globalisation.

Q: How can one reconcile self-reliance with Make in India? Make in India invited foreign companies to come and produce in India for consumption locally and for exports.

A: Make In India itself is founded on the idea of Atma Nirbharta. First, produce things in India rather than import goods. Like China did - getting foreign investment for producing goods. But that will be the starting point of local capital producing things. This is what China did. Like it happened in the case of automobile production in India. Without a local market, exports won’t take place. Local demand will be the core and export will be the additive, except in sectors where we have a huge competitive advantage.

Q: When you have been reliant on foreign technology all these years to promote Make in India, how can you become self-reliant suddenly? Will look-local and promote-local increase the share of manufacturing in the economy? Will it affect our plans to become a global supplier and our companies to be globally competitive?

A: Technology is an infective culture. When foreign technology comes in one field it improves the same field through competition and diversifies into other fields, particularly in manufacturing. India will join the new global supply chain which will be based on not pure competitive advantage and price competitiveness but long term durability in economic relations among nations. We can do it. For example, we were importing 25 crore cell phones in 2013. Today we are producing all our needs and capable of making 5 crores more for exports. We will become globally competitive as the break that we needed for the world look at us has been happening since Modi came to power.

A: India will have not one monolithic one size fit all economic model. What suits the northeast will not fit in south India. And what suits Bihar will not suit Maharashtra. Within a state what suits Chennai will not suit Tirupur and Namakkal. Swadeshi Jagaran Manch’s empirical studies show that we already have a diverse economic behaviour and model. It need not be homogenous for the entire nation. The illiterate economic thinkers and institutions in India, whose training is based on foreign ideas and theories, have not been able to come to terms with the diversity of India. The financial model applicable to listed companies is being thrust on the rest of the economy. The swadeshi approach calls for factoring in the diversities of India. Actually, jobs are provided only by the MSMEs which are the backbone of the economy. This was understood only after Modi constituted the Mudra finance plan. So jobs will be generated only through bottom upwards and top-down economic model which will suit only the cosmopolitan kind of society.

A: Self-reliance is a dynamic concept. It will never remain static. For example, in China, the labour was put to the fire test when it began its quest for a place in the world in the 80s and 90s. Today, it is different. Even the foreign capital coming into India will not work on hire and fire principles at all levels. So the basic character of India as a human-centric economy will only dominate. The world itself is changing to such a view. Actually, our nation is centred on self-employment more than employment. That's the reason why India was neither fully socialist nor capitalist, both of which require and survive only on the employer-employee relationship. Self-employment is neither socialist not capitalist as Victor Chayanov told Lenin about small farmers and advised him to allow small farming and not socialise it. Lenin tolerated him, but Stalin would not and killed him in 1937. The fall of Russian agriculture started then. So the Indian development model will also face such issues, but being a democracy it will be discussed and discoursed and not killed like in a dictatorship. Democracy and economics are great companions that way.

Q: Should the cap on fiscal deficit be sacrificed for the sake of infusing more money into the economy?

A: I have been saying the fiscal deficit target is a wrong model for India. The correct model for a bank driven economy is the ratio of fiscal deficit plus credit offtake to GDP. If the credit offtake is high fiscal deficit should be less, and vice versa. The wrong thing Raghuram Rajan did was to insist on reducing both at the same time - that is what, along with the wrong prudential norms, led to the unnecessary low growth from 2017 to2019.

Q: Given the fiscal constraints what are the other options for economic stimuli?

A: Fiscal constraints do not matter now as the nation will be fighting more deflation than inflation. Also, the FRBM law itself provides that during a national calamity the government can borrow money on a long term basis from RBI. That option can be exercised for the stimulus

Q: Should India be more aggressive in wooing industries from China without bothering about bilateral ties with its largest neighbour?

A: In my view, India need not woo, which will put us in a weak bargaining position, but just create the ecosystem in which those who want to leave China will look at us as the first option. China cannot blame India for someone coming to India on their own. We should not be seen to be pinching companies from China.

Q: There is a feeling that the Modi government is insensitive to the migrants’ problem. Thousands of migrant labourers walking back with families and meagre belongings is a bad example for an emerging economic power. Could the Centre and the state governments have addressed the issue with greater urgency?

A: This problem is there, but it is blown out of proportion. Let us look at the facts. There are 31 crore intra and interstate migrants in India according to 2011 census. Out of that 4.2 crores are interstate migrants. How many out of that are going back? Not even 10%. When you are planning a lockdown you cannot give two days or even ten days time for people to move. That would have led to chaos and stampede. Particularly when they did not know how long it would take to flatten the curve. So the migrant issue is a creation of the media and the opposition.