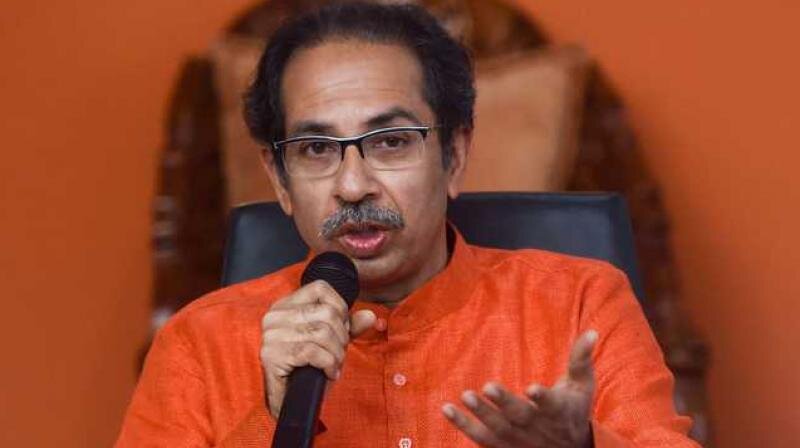 Following Union Minister Narayan Rane's impudent remarks against Maharashtra Chief Minister Uddhav Thackeray, the members of the youth of wing of Shiv Sena who demonstrated protest outside Rane's Mumbai residence, met the CM on Tuesday night, a leader from the party's youth wing said on Wednesday.

According to Yuva Sena leader Varun Sardesai, who led the team during the protest,  the meeting took place on Tuesday night at Thackeray's official residence 'Varsha'.

State cabinet minister Aaditya Thackeray, who is the CM's son and heads the Yuva Sena, was present in the meeting.

Sardesai, who is the nephew of CM Thackeray, had on Tuesday asked whether senior BJP leaders approved of the language used by Rane against the chief minister.

Activists of the Shiv Sena's youth wing and the BJP clashed with each other near Rane's residence on Juhu Tara Road in Santacruz (West) on Tuesday in the wake of his comments against the CM, police earlier said.

Stones were pelted from both sides, following which police used cane-charge to disperse the agitators, an official had said.

The clash took place during a protest organised by activists of the Yuva Sena against Rane, he had said.

Later, additional police force was deployed in the area.

Rane, during his 'Jan Ashirwad Yatra' at Raigad in Maharashtra on Monday, sparked off a row over his remarks about slapping Chief Minister Thackeray for what he claimed as the latter’s ignorance of the year of India’s independence.

He was arrested on Tuesday in Ratnagiri district and later granted bail by a court at Mahad in Raigad.