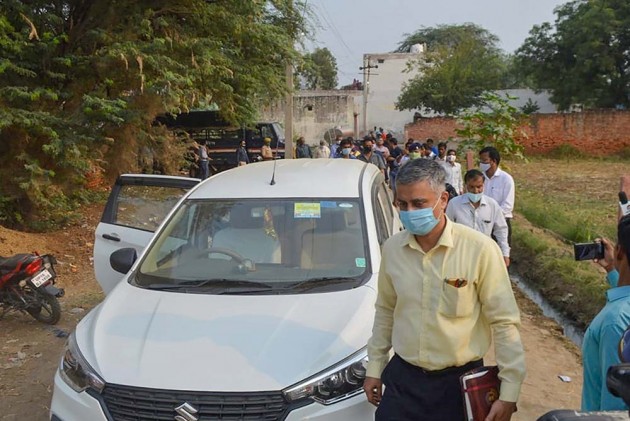 A senior CBI officer on Tuesday visited Hathras to take stock of progress being made in the investigation of the alleged rape and murder of a 19-year-old Dalit woman. Joint Director Sampat Meena, who had supervised the probe in the Unnao rape case visited the CBI’s Hathras camp office. She met the officers there and took note of the progress being made in the case. She also visited the crime scene, officials said.

CBI officials have so far visited the crime scene, met the family of the victim, and interrogated the four accused in the case. CBI officials also met doctors at the Jawaharlal Nehru hospital in Aligarh where the victim was treated before being shifted to Delhi.

The victim had succumbed to her injuries at a Delhi hospital on September 29 following which UP police authorities cremated the victim’s body. The victim’s family has alleged that the cremation was carried out without their consent.

The case was referred to the CBI after the issue snowballed into a major embarrassment for the Yogi Adityanath government as several parties including the Congress, Aam Aadmi Party, Trinamool Congress, Samajwadi Party, and Rashtriya Lok Dal staged protests.