The Congress, which has been left out of the alliance in the state, might go at it alone in the Lok Sabha elections but may choose not to field candidates on a few seats, a senior party leader said. 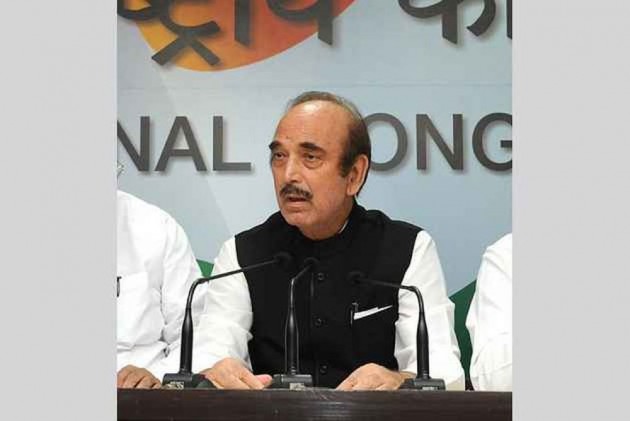 Senior Congress leaders on Sunday held a brainstorming meeting at the party's state headquarters in Lucknow to discuss the future course of action a day after the SP-BSP alliance announcement for the Lok Sabha polls in the state.

The Congress, which has been left out of the alliance in the state, might go at it alone in the Lok Sabha elections but may choose not to field candidates on a few seats, a senior party leader said.

While announcing the SP-BSP alliance on Saturday, BSP chief Mayawati had said they would not contest from Amethi (currently held by party chief Rahul Gandhi) and Rae Bareli (held by Sonia Gandhi) seats.

BSP, SP Alliance For Their Survival; Not In Interest Of Country: BJP

As SP, BSP Join Hands, Congress Says It Will Go For A Friendly Fight

Asked to comment on the tie-up announced by BSP chief Mayawati and SP leader Akhilesh Yadav, All India Congress Committee (AICC) general secretary in-charge of Uttar Pradesh Ghulam Nabi Azad had Saturday said the party would not react immediately and would come out with a detailed reaction in Lucknow.

He said a meeting would be held with leaders and workers of the party from central and eastern Uttar Pradesh on Sunday.