Sense Of Normality In Kashmir Is A Myth, Says Yashwant Sinha-Led Group’s Report

Abrogation of Article 35A seemed to have increased the all-pervasive sense of fear, humiliation and hopelessness among the Kashmiri population, says the report. 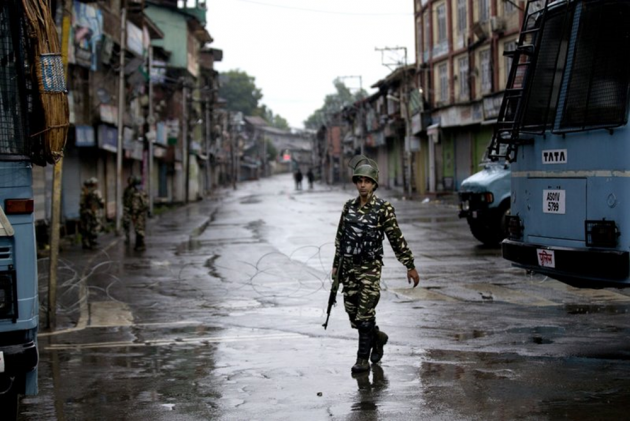 The Concerned Citizens’ Group’s report has said the Centre’s virtual obliteration of the political mainstream, nullification of Article 370, abrogation of Article 35A, bifurcation of the state and the enactment of the new domicile laws seemed to have increased the all-pervasive sense of fear, humiliation and hopelessness among the Kashmiri population. It said people were still in shock and seemed psychologically disturbed showing heightened anxiety and paranoia about the future.

“When asked about the apparent ‘sense of normality’, people said that life had to go on even after two years of the lockdown – they claimed they had to work for their living and think of their children’s future. However, they were also quick to point out that this should not be taken as acceptance by them of August 5, 2019 decisions by the Narendra Modi government,” the report said.

The Concerned Citizens’ Group visited Kashmir from March 30 to April 2, 2021.  This was its third visit after the Narendra Modi government revoked the special status of the erstwhile state of Jammu and Kashmir.

The CCG says it is a voluntary group with no official or unofficial financial sponsorship by any government or non-government institution. Each member of the group pays for his or her expenses to maintain the integrity of the group and its reportage. Its primary purpose is to assess and articulate the public mood prevailing in Jammu and Kashmir.

On this visit, the CCG met with a cross-section of representatives of civil society groups, businessmen, politicians, newly elected members of the District Development Councils, human rights activists, representatives of Kashmiri Pundits, Shia leaders and political leaders, especially those who had been released after being jailed in the wake of the developments of August 5, 2019.

“It was beyond the comprehension of ordinary Kashmiris why the Narendra Modi government had dismantled the structure of the state and altered the relationship between India and Jammu & Kashmir. In taking these decisions, the Kashmiris felt that the central government had looked upon them as ‘enemies’. Every action of the Centre, therefore, is being viewed as diminishing the Kashmiris as political entities and shrinking their democratic political space,” the report read.

“A common sentiment among all those we met from the civil society was of anger, hurt and unhappiness. We found a society deeply wounded. Many told us that in the past 70 years, they had not felt as hurt as after the August 5, 2019 decision. As if that were not bad enough, the speed with which the Centre has gone about issuing one executive order after another – ranging from the scrapping of the Roshni Act, granting domicile certificate for non-J&K people, and the five language policy to the delimitation of constituencies – has added to the anti-India sentiment and increased peoples’ anger. An enraged Kashmiri lamented, ‘A coloniser is going about colonising the natives of J&K.’”

“There is no space for any dissent or criticism of government policies and police action on any platform – be it social media, print or electronic media. Journalism has been virtually criminalised. No protests by civil society are allowed, nor are rallies by political parties permitted. The police do not hesitate to summon journalists and ordinary citizens and even lock them up under the Public Safety Act. Fear is palpable amongst the people, including political leaders. People are watching every move made by Delhi with deep suspicion and distrust,” the report said.

“Even instances of smallest dissent – such as a Facebook post, for example – can lead to one’s arrest. In addition, the people are deeply dismayed at rising unemployment, anger amongst the young and the use of anti-terror laws like Unlawful Activities Prevention Act against dissenters and perceived dissenters,” the report read.

“Another significant change we noticed was in the attitude of Kashmiris towards Pakistan. Earlier they used to look to Pakistan hoping that it would do something for them in their moment of crisis. That is no longer the case. Today, the Kashmiris feel that they cannot rely or depend on Pakistan or others, including liberal India and mainstream Indian national political parties, to agitate on their behalf. They feel that they are alone in their struggle and they have to take charge of their own fate.”