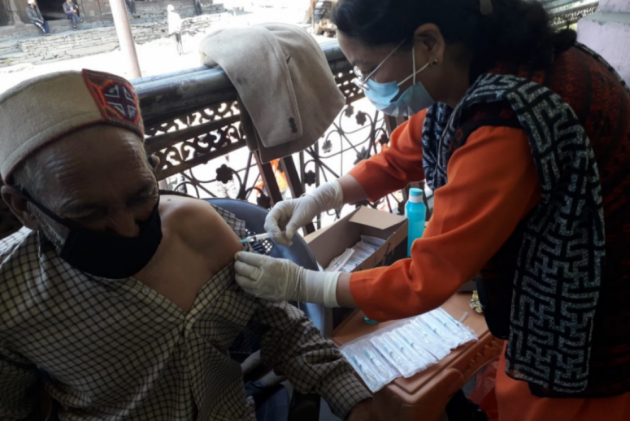 The sero survey in Himachal Pradesh has found 87 percent of the state’s population has developed anti-bodies against the Covid-19 virus.

The survey was conducted by the state’s health department in collaboration with National Institute of Epidemiology and World Health Organisation (WHO).

The state has already attained top position in the country in administering first Covid-19 vaccination dose to its population.

The experts attribute the immunity to the vaccination taken by the participants in the study, while the immunity in others could be result of their exposure to the COVID-19 infection.

Kinnaur topped among the districts in the state to have developed immunity against Covid-19 with 95.6 percent of its population reporting high level immunity. While, Una—a border district with Punjab reported 76.1 percent immunity, the lowest in the state.

Hemraj Bairwa, Mission Director National Health Mission (NHM) said the government had sent medical teams in the blocks for a house to house survey of the selected participants to collect the blood samples.

Himachal Pradesh has covered a population of 56.41 lakh for the first dose of vaccination, while 25.28 lakh have been administered the second dose.

The targeted population was only 53 lakh but now the vaccination teams are also covering migrants workers and tourists .

The November 30 has been set date for 100 percent coverage for Covid-19 both doses in the state.