Seven Held From Delhi Airport For Trying To Board Using Fake Documents: Police 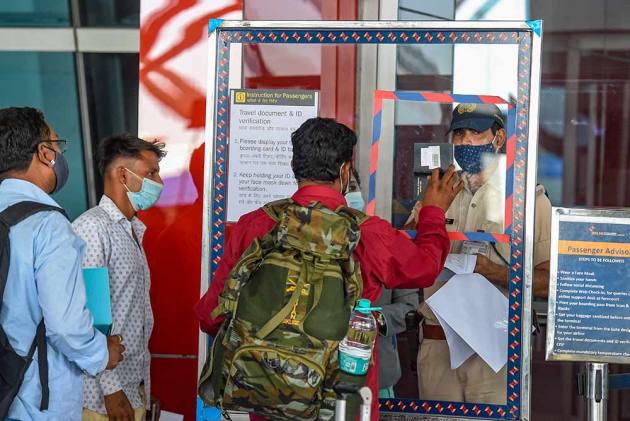 The Delhi Police has arrested seven passengers for allegedly trying to travel on fake documents from the city airport, officials said on Tuesday. One agent has also been arrested in connection with the incident, police said.

The accused agent has been identified as Pankaj alias Kamal, a resident of Bhadohi district in UP. The passengers have been identified as Armandeep Singh, Amritpal Singh, Jagdeep Singh, Gurwinder Singh, Rahul Jangra, Deepak and Manbeer, they said. On January 2, a complaint was received around 12.30 am that Air India ground staff approached for offloading of seven Indian passengers. These passengers were earlier cleared by immigration for London by flight no. Al-133 was a seaman, police said.

During scrutiny of their travel documents at the boarding gate, it was found that their boarding passes were fake and re-verification of travel documents was done, they said. During the re-verification, it was found that their names were not reflected in the final pax manifest of travel chart of Al-133 flight and they were handed over to immigration, police said.

These seven alleged persons revealed that they procured their boarding passes, RT-PCR test reports and OK to board ship, joining a letter by two Delhi-based agents Krishna and Kamal for a payment of Rs 12,00,000 from each. These agents also assured them for their permanent settlement in the United Kingdom, a senior police officer said.

During interrogation of the accused, it was also revealed that all these passengers were going to the UK as seamen on CDC (Continuous Discharge Certificates) approved by DG shipping of India, police said. However, it was also planned that once they reach the UK, they will destroy CDC certificates and seek asylum from the UK government, the officer said. The agent had this apprehension that if the passengers approached the airline's counter for boarding passes, the airline officials might apprehend them on the basis of their profile. Hence, the agent gave fake boarding passes to the passengers so that they could avoid going to the counter, police said.

During investigation, police located Pankaj in UP. A team went to Bhadohi and apprehended him. Pankaj disclosed that he, along with his associates Ranjeet and Krishna, arranged the fake boarding passes for the passengers, Deputy Commissioner of Police (IGI Airport) Sanjay Tyagi said. Further as per the allegations in the FIR, the role of the airline staff who tried to push in the passengers to travel on fake boarding passes is also under the scanner and is being investigated, police said. Pankaj is a B.Tech graduate and currently working as a property dealer in Mumbai. He also works as an agent in Mumbai and arranges VISA/Passport by unfair means, they added.