Punjab's home department in a letter had asked the Uttar Pradesh government to take custody of Mukhtar Ansari from the Rupnagar jail on or before April 8. 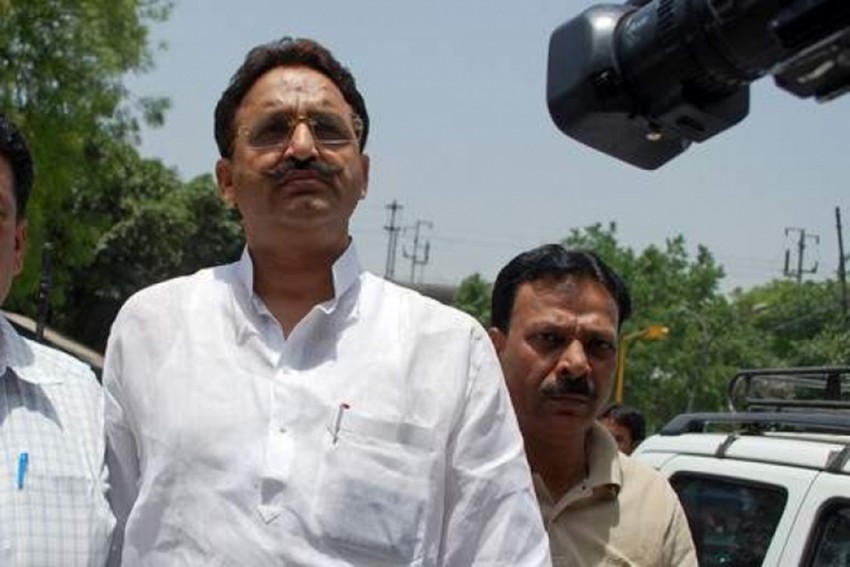 Ansari faces trial in several cases in the state.

Around seven vehicles of the Uttar Pradesh Police reached the Rupnagar Police Lines around 4:30 am, they said.

Take custody of Mukhtar Ansari by April 8: Punjab to UP govt

The Police Lines is around four kilometres away from the Rupnagar jail, where Ansari has been lodged since January 2019 in connection with an extortion case.

Punjab's home department in a letter had asked the Uttar Pradesh government to take custody of Ansari from the Rupnagar jail on or before April 8.

It had written to the Uttar Pradesh additional chief secretary (home) following a March 26 Supreme Court order that had directed the Punjab government to transfer Ansari to UP's Banda jail in two weeks from the Rupnagar prison.

The 150-member Uttar Pradesh Police team, including a company of the Provincial Armed Constabulary, equipped with sophisticated weapons left from Banda on Monday morning to bring back Ansari, the BSP's Mau MLA, from Punjab.

Delivering the order on Macrh 26, the apex court had also noted that Ansari was allegedly involved in various cases of attempt to murder, murder, cheating and conspiracy apart from offences under the Gangsters Act, lodged in Uttar Pradesh and 10 of these cases are at different stages of trial.

In the letter, the Punjab home department had asked the Uttar Pradesh additional chief secretary (home) for suitable arrangements to be made for Ansari’s transfer. "The said handover is to be made at district jail Rupnagar on/before April 8," the letter stated.

It also said that Ansari suffered from certain medical conditions and the same may be kept in mind while making arrangements for his transfer.

The Supreme Court had directed the Punjab government to handover the custody of Ansari to the Uttar Pradesh police, saying it was being denied on trivial grounds under the guise of medical issues.

It had also said that a convict or an under-trial prisoner, who disobeys the law of the land, cannot oppose his transfer from one prison to another and the courts are not to be helpless bystanders when the rule of law is being challenged with impunity.

The Uttar Pradesh Police has said that Ansari is facing 52 cases in UP and elsewhere, and 15 of them are in the trial stage.

Acting Superintendent of the Banda District Jail Pramod Tiwari had said all arrangements have been made in Barrack Number-15 for Ansari and no other prisoner can access the area.

"Three prison guards will be deployed inside the barrack," he had said.