Dr Faizan Mustafa, the Vice-Chancellor of NALSAR University of Law, Hyderabad, explains the legal intricacies of the Centre's move. 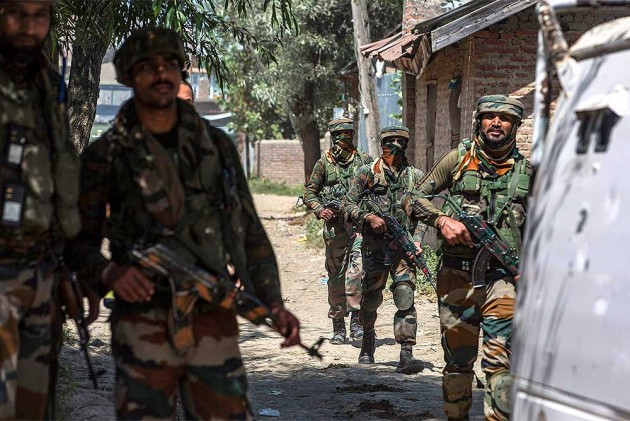 However, the method in which Article 370 was abrogated has led to several speculations. Outlook's Salik Ahmed spoke to Dr Faizan Mustafa, the Vice-Chancellor of NALSAR University of Law, Hyderabad, to understand the legality of the Centre's move.

Is this move legally tenable?

Opinion: Scrapping Article 370 Is Nothing But Road To Self-Destruction For India

There must have been safeguards for Article 370 put in place at the time of its creation?

Was Article 370 brought as a temporary provision?

And if it says that the constituent assembly is not there and its substitute is the legislative assembly, then it will be upheld... And Article 370 does not use any time frame. If you look at article 369, it specifically says for five years. If you look at, for instance, the provision that English shall be the official language, it is written for the first 15 years. If you look at the provision of reservation for SCs/STs in Parliament and assemblies, it was done for ten years. These kinds of provisions are temporary. Article 370 was not temporary. Even Supreme Court said so.

Let’s assume we’re having this discussion a week ago. What would be the ideal procedure to abrogate Article 370?

The ideal procedure, as I said, if you go strictly by the text of the constitution, then it is not possible to tinker with Article 370 like this. What is possible is to extend more and more provisions of the constitution and that is exactly what the government has done, that in one go, they extended the entire constitution to J&K. So, three-fourth of the Constitution was already applicable to J&K. The special status was largely a sentimental issue because
by and large, the entire constitution was already applied to them. Now, you said that you are withdrawing the earlier orders and making an order that the entire constitution will be applicable, which is not such a big deal. So, this is one way, the other way is taking people on board, taking all the stakeholders on boards, having wider consultations, and creating a kind of consensus through negotiations. That would have been a more democratic way of dealing with it. The trust deficit between Delhi and Srinagar should have been tackled first.

Does the governor represent the will of the people?

No, definitely not. The governor represents the will of the central government. He is a nominee of the centre. The Indian governors have proved to be agents of the centre in the states, they have not shown their commitment to the constitution, but to the party in power at the centre. They certainly cannot be called representatives of the people as they are not elected but nominated.

And can his stamp be taken as the concurrence of the state government?

No, it cannot be, definitely not.

Who can challenge the government's move to scrap 370 and why?

Anyone can challenge it. As I have said earlier, it’s a big constitutional change, it will certainly be challenged. There are lawyers who challenge such things through poorly drafted PILs. Their purpose is to get them rejected so that government take the stand that the court did not even hear this matter. It can also be challenged in any high court, so maybe, it will be first be challenged in Jammu and Kashmir High Court. And then subsequently in Supreme Court, but, my gut feeling is that no immediate verdict will come in this case.