The lowest minimum temperature recorded in January last year was 2.4 degrees Celsius, according to IMD 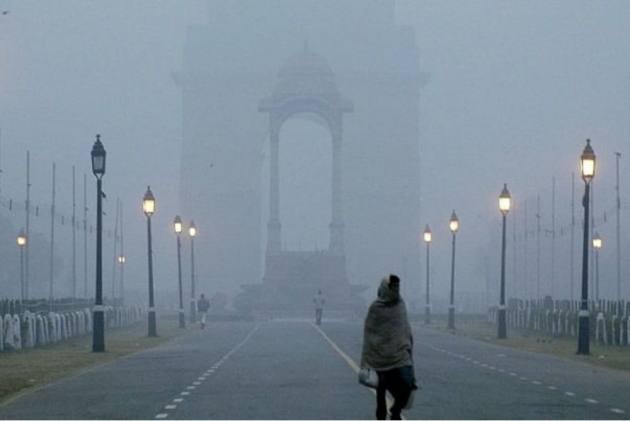 Get Ready For Month's Second Cold Wave In MP: IMD

Kuldeep Srivastava, the head of the IMD's regional forecasting centre, said "very dense" fog lowered visibility to "zero" metres at Safdarjung and Palam at 6 am.

The Safdarjung Observatory, which provides representative data for the city, recorded a minimum of 1.1 degrees Celsius, the lowest in January in 15 years.

Srivastava said the minimum temperature will start rising under the influence of an "intense" western disturbance which will affect northwest India from January 2 to January 6.

The minimum temperature is predicted to rise to 8 degrees Celsius by January 4-5.

Light rain is also expected in the national capital under the influence of the western disturbance from January 3 to January 5.

The western disturbance will lead to moderate snowfall in the western Himalayan region, the IMD said.

A cold wave is also declared when the minimum temperature is 10 degrees Celsius or below and is 4.5 notches less than normal.

A "severe" cold wave is when the minimum temperature dips to two degrees Celsius or the departure is more than 6.4 degrees.

The average minimum temperature in Delhi in December was the second-lowest in 15 years.

Data released by the IMD on Thursday showed that the mean minimum temperature (MMT) this December was 7.1 degrees Celsius. It was 7.6 degrees Celsius last year.

According to Srivastava, multiple western disturbances affecting the Himalayan region and the global impact of La Nina were the major reasons behind such low minimum temperatures.

The month of November last year was the coldest in the national capital in 71 years, with the mean minimum temperature dropping to 10.2 degrees Celsius, according to IMD data.

Delhi had recorded a mean minimum temperature of 10.2 degrees Celsius in November 1949.

Also, the month of October last year was the coldest in 58 years in the city.