A division bench of Justices M S Sonak and M S Jawalkar allowed the government to amend their appeal and serve a copy of the same along with all related documents to Tejpal. 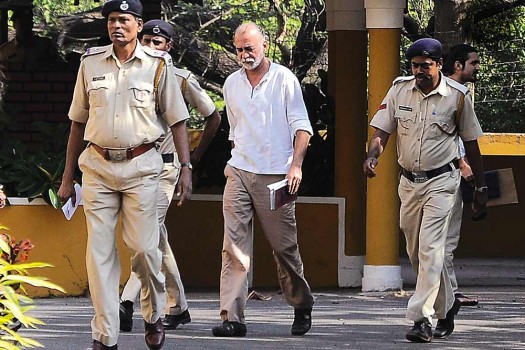 Goa government’s appeal against acquittal of journalist Tarun Tejpal has been adjourned till July 29 by the Goa Bench of the Bombay High Court.

An opportunity to modify their appeal has been given to the government by the justice division consisting of Justices M S Sonak and M S Jawalkar. The government has been asked to serve a copy of the amended appeal and all related documents to Tarun Tejpal.

Senior advocate Kapil Sibal, appearing for Tejpal, told the bench they would require some time to prepare. The bench then said it would hear the appeal on July 29.

Tarun Tejpal’s Acquittal Has Made It Harder For Women To Fight For Justice: IWPC

It directed the government to amend their petition within one week and serve a copy of the same in one week thereafter.

On May 21, Sessions Judge Kshama Joshi acquitted Tejpal, the former editor-in-chief of the Tehelka magazine, in the case where he was accused of sexually assaulting his then colleague in a lift of a five-star hotel in Goa in November 2013 when they were attending an event.

The trial court had in its judgement questioned the victim's conduct, holding that she did not exhibit any kind of “normative behaviour” such as trauma and shock, which a victim of sexual assault might plausibly show.