The goal of the virtual conference on gaming and gaming technology is to facilitate networking of enthusiasts, students and professionals in the gaming industry to learn from each other, Prof Ramamurthi said. 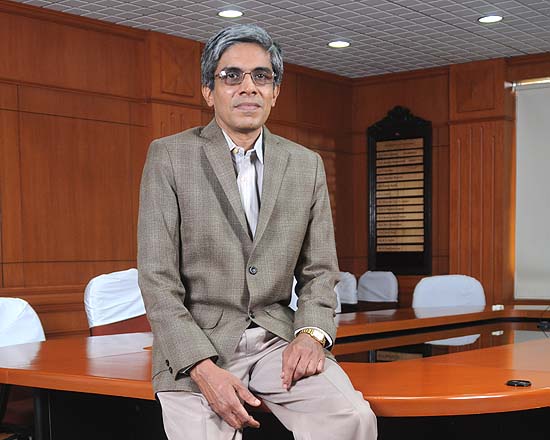 Rendering of important sites on IIT Madras campus, including a virtual hyperloop offering real life experiences on a futuristic Martian landscape will be a major highlight of Shaastra 2022 Students Technical Festival to be held virtually from January 13 to 16, Prof Bhaskar Ramamurthi, Director of IIT Madras, said here on Tuesday.

This edition’s summit will focus on gaming and gaming technology, he said. Noting that conducting Shaastra virtually would not have the same impact as it would be if it was held on campus, Prof Ramamurthi said the team was attempting to achieve a good traction by imagining different ways to reach out virtually to provide students from IIT Madras and other institutions, as well, a good exposure to the latest in technology. He congratulated the students for coming up with innovative ideas despite the challenges during this pandemic times. “I must give all credit to students for managing the change in scenario and moving to the virtual platform smoothly,” he said at a virtual press conference.

This is the second time the students are conducting a technical festival through a virtual platform. “Like the previous year, the team has also created a rendering of the important sites of IIT Madras campus, including a virtual hyperloop close to a real life experience,” said Prof Nilesh Vasa, dean (students), IIT Madras. The event would encourage the young minds to solve various industrial and societal-related problems in diverse disciplines, he added.

Politics Of Vendetta? Questions Raised Over Withdrawal Of Special Security Cover To Ex-CMs

Many events of the 22nd edition of Shaastra, one of India’s biggest annual student-run technical festivals, are free to access for the public. A total of 50 events featuring 30,000 participants, as against 20,000 last year, will be organised. The theme for this year’s edition is “Code to Chaos.” The set up on a Mars dome will be the platform for lecturers, events, exhibition stalls and interactive games, a release said.

The goal of the virtual conference on gaming and gaming technology is to facilitate networking of enthusiasts, students and professionals in the gaming industry to learn from each other, Prof Ramamurthi said. Lecturers and panel discussions with speakers from over five countries are among the other features.

Nobel Laureates Dr. David Wineland, an American physicist and pioneer in quantum computing and Dr. Stefan Hell, one of the directors of the Max Planck Institute for Biophysical Chemistry in Göttingen, founder of the Jane Goodall Institute & UN Messenger of Peace Dr Jane Goodall, and Carolina Marin, a Spanish professional badminton player and an Olympic Champion are among the speakers, said Dr. Ratna Kumar Annabattula, Co-curricular Advisor, IIT Madras. The exquisite Shaastra Nights will feature India’s only female illusionist and magician Suhani Shah and comedy maestro Biswa Kalyan Rath is set to entertain the participants.