'Neither me nor any member of my family has anything to do with AAP,' Shaheen Bagh shooter's father said. 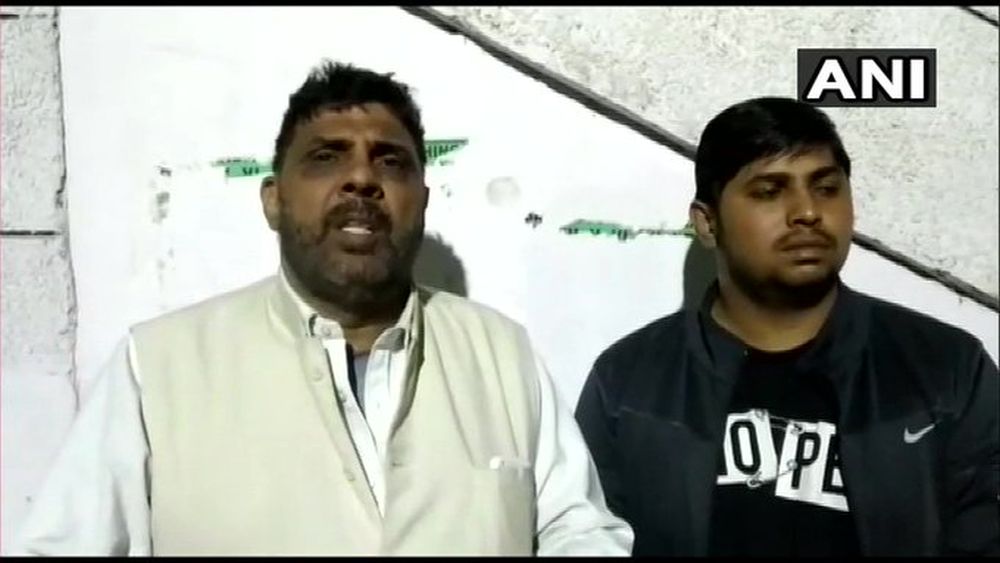 The family of the Shaheen Bagh shooter has denied the claims of the Delhi Police that they are associated with the Aam Aadmi Party, thus, adding another twist to the case.

The twist in the Shaheen Bagh shooting emerged on Tuesday evening when Delhi Crime Branch claimed they had retrieved photos from Shaheen Bagh attacker, Kapil Gujjar's, phone and that "established" he was affiliated with the Aam Aadmi Party (AAP).

The photos recovered from phone of the Gujjar show him and his father Gaje Singh with AAP leaders such as Atishi and Sanjay Singh and are allegedly from 2019 on the day when the father-son duo joined AAP.

Soon after the police's claim, the BJP launched a series of attacks on AAP and blaming it for inciting violence and indulging in "dirty politics".

The AAP on its part accused the Delhi Police of working on the behest of BJP and said that the photos found on the phone of Gujjar "do not mean anything".

The case took a fresh turn when the family of Gujjar dismissed the Delhi Police's claims and said they had nothing to do with AAP.

"Neither me nor any member of my family has anything to do with AAP. I was in BSP till 2012. I left politics in 2012," Gaje Singh, father of Shaheen Bagh shooter was quoted as saying by ANI news agency.

Gujjar's brother said the photos being circulated by the Delhi Police are from 2019 Lok Sabha elections when AAP leaders had come to their area during poll campaign. "They made us wear capes out of respect. The claims that we are associated with the AAP are baseles," Gujjar's brother said.

His farther, Gaje Singh, said that recently a BJP leader came to his village for poll campaign. "I even garlanded the BJP leader...I am not affiliated with any political partym," he said.

Earlier, BJP had said that both Gujjar and his father had joined the AAP sometime last year.

Gujjar had opened fire near the anti-CAA protest site in Shaheen Bagh and was arrested by the Delhi Police immediately.