With a sizable population of minority voters, BJP hopes to make inroads in Bengal by making Hussain a minister in the adjoining state. 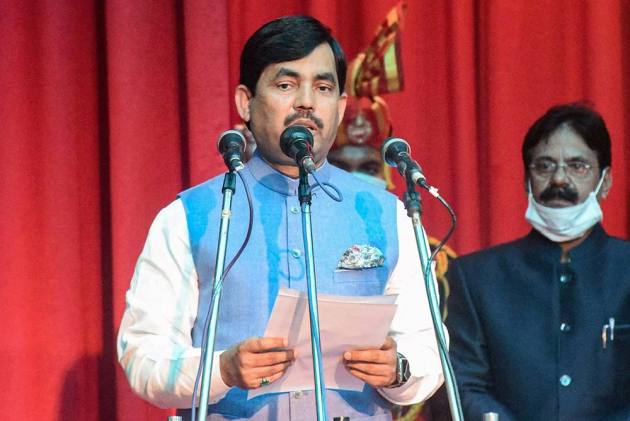 Ahead of the all-important assembly elections in West Bengal, the Bharatiya Janata Party has rehabilitated one of its most well-known Muslim leaders, Syed Shanawaz Hussain by inducting him in the Nitish Kumar government in Bihar, but the party is eyeing wider gains beyond the upcoming polls in the Mamata Banerjee-ruled state.

Bengal goes to polls later this year where BJP is engaged in a grunge fight in its ambitious bid to dislodge Trinamool Congress, which has been in power for the past ten years. With a sizable population of minority voters, BJP hopes to make inroads in Bengal by making Hussain a minister in the adjoining state.

Hussain was the first to be sworn in as a minister at Raj Bhawan in Patna on February 9, which put an end to speculations over the much-delayed expansion of the Nitish ministry. The former Union minister, who was part of the Atal Bihari Vajpayee ministry at the Centre, had been relegated to the sidelines within the party ever since he lost the 2014 Lok Sabha elections from Bhagalpur constituency. Five years later, he even failed to secure the party ticket from the same seat because it went to Nitish’s Janata Dal-United under a seat-sharing formula. A bitter Hussain had even accused none other than Nitish for denial of his ticket.

Since then, he had been performing the job of BJP’s national spokesperson patiently, apparently hoping for his good days to return. He finally got a call to join the Nitish ministry in Patna, less than two weeks after he took oath as a member of Bihar legislative council. Given his political record at the Centre, it was initially considered to be a demotion of sorts for the 52-year-old leader, but party insiders in the state believe that he has been sent back to his home state under a well-planned political strategy.

The BJP apparently wants to win over the minorities in Bihar, especially in the Muslim belt of Seemanchal belt bordering Bengal, where Asaduddin Owaisi’s AIMIM had made a grand entry by winning five seats in the recent assembly elections. Muslims account for about 17 per cent of the total number of voters but in about 20 constituencies of Kishanganj, Katihar, Purnia, Araria, they are a dominant force. Until now, NDA has been getting Muslim votes primarily because of Nitish’s minority welfare policies. But with Hussain’s induction, BJP apparently wants to send out a clear-cut message that the former Union minister may well be its next chief ministerial face in Bihar. Hussain is not only a young and articulate leader from the community but also has had a clean image. Political pundits believe that he will be the best bet for the party if it aspires to wrest the baton of NDA’s leadership from Nitish in 2025, if not earlier.

The BJP has already reposed its trust in its young leaders like Hussain. It has already sidelined the party veterans like Sushil Kumar Modi, Nand Kishore Yadav and Prem Kumar, who were all part of the Nitish ministry in all previous NDA governments. While Sushil has been sent to Rajya Sabha, others have been left out in the cold. The party apparently wants to reset its equations with Nitish, who had been calling the shots within the coalition for the past 15 years.

The  BJP emerged as a senior partner in the last state elections in November 2020 by winning 31 more seats than JD-U. While BJP won 74 seats, Nitish’s party could get only 43 seats. In spite of having more MLAs than its ally in the Vidhan Sabha, BJP, however, let Nitish take over the reins in keeping with its pre-poll promise but it apparently has set its eyes on the Chief minister’s chair in the next elections. It is the biggest takeaway from Hussain’s return to Bihar, a move which might look like a diminished stature for him at the moment but clearly has an unambiguous political message written all over beneath the surface.