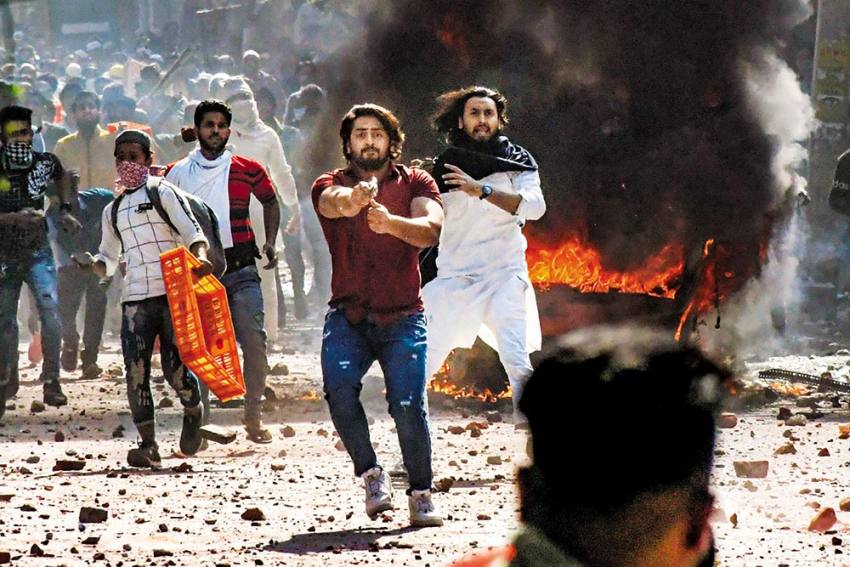 Shahrukh, who pointed a pistol at a Delhi Police head constable during the riots was arrested from Bareilly in Uttar Pradesh, Delhi Police confirmed on Tuesday.

Shahrukh had been missing from the national capital after the incident. The Delhi Police had launched a manhunt to nab him.

He was nabbed by a team of Delhi Police Crime Branch headed by A.K. Singla.

The brave cop Deepak Dahia had told IANS how he controlled the gun toting Shahrukh who threatened to shoot him. "The day on which the communal violence broke out in northeast Delhi, I was called for emergency duty from my training centre. Suddenly a man in maroon colour T-shirt came charging at me and threatened to shoot me. He could have opened fire at me, but I remained calm and did not show my fear. I showed my stick to him and dared him to open fire. I also warned him with the stick. I stayed put in front of him and asked him to put down the gun. It worked and the man retreated firing in the air" the cop had said.

Delhi Police had apprehensions that Shahrukh will be in Bareilly as his father has contacts with drug peddlers there.

The Delhi Police team is trying to bring Shahrukh to Delhi on transit remand.

IANS has learnt that two teams of Delhi Police - Crime Branch and Special Cell, were after Shahrukh, but it was the Crime Branch team headed by Singla which succeeded in arresting him.