'Shame On BJP' For Creating 'Panic' Over NRC: Mamata Banerjee

Addressing a trade unions' meet, the TMC supremo once again repeated she will not allow NRC exercise in the state. 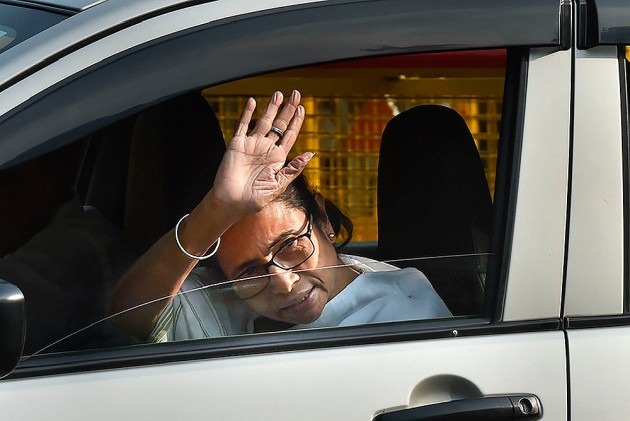 West Bengal Chief Minister Mamata Banerjee on Monday accused the Bharatiya Janata Party (BJP) of creating panic over the NRC, which she claimed has led to the death of six people in the state.

Addressing a trade unions' meet, the TMC supremo once again repeated she will not allow NRC exercise in the state.

"NRC exercise will not be carried out in Bengal or anywhere else in the country, it was conducted in Assam due to Assam accord," she asserted.

The Assam Accord, an agreement signed in 1985 between the then Rajiv Gandhi government and the All Assam Students' Union, had ended a six-year mass movement against immigrants alleged to have settled illegally from Bangladesh.

"Shame on the BJP for creating panic over NRC in Bengal, it has led to six deaths. Have faith in me, I will never allow the exercise in Bengal," Banerjee said, without elaborating further.

Criticising the saffron party for "undermining democratic values" in the country, the chief minister said, "Democracy exists in Bengal but it is under threat in several other parts of the country."

The BJP is not talking about job losses or the downward spiral of the Indian economy, all it wants to do is serve own political interests, she maintained.

Referring to the recent Jadavpur University fracas on September 19, she said the people of Bengal have seen what they (ABVP and BJP) did at the institute.

"They try to use wield power everywhere, bulldoze everything," Banerjee added.

Banerjee's comment comes a day after RSS chief Mohan Bhagwat said no Hindu will have to leave the country because of the NRC, allaying people's concerns after the names of 19 lakh people were excluded from the final list of Assam citizens.