Shamima Begum had her British citizenship revoked on national security grounds shortly after she was found in a Syrian refugee camp in February 2019. 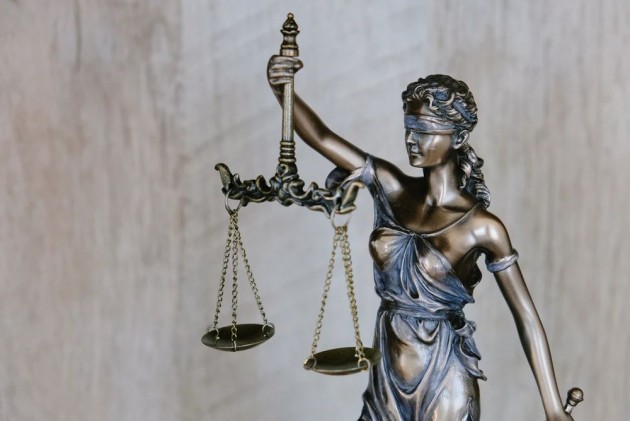 The UK government on Friday won a major legal battle as the Supreme Court ruled against allowing a London-born 21-year-old woman of Bangladeshi descent, who ran away to Syria as a teenager to join the Islamic State (ISIS) terror group, to return and fight her citizenship case.

The unanimous decision – with all five top court justices in agreement – comes six years after the then 15-year-old schoolgirl, Shamima Begum, ran away with two other friends to join the Islamic State (ISIS) group in February 2015.

Begum had her British citizenship revoked on national security grounds shortly after she was found in a Syrian refugee camp in February 2019.

“The Supreme Court unanimously allows all of the Home Secretary's appeals and dismisses Ms Begum's cross-appeal,” said Lord Robert Reed, the President of the Supreme Court.

"The right to a fair hearing does not trump all other considerations, such as the safety of the public," he said.

Begum was born in the UK to parents of Bangladeshi heritage.

Begum, dubbed an ISIS bride in reference to her marriage to Dutch ISIS fighter Yago Riedijk, was one of three schoolgirls from Bethnal Green in east London who travelled via Turkey to ISIS headquarters in Raqqa.

When discovered in a refugee camp two years ago, she had already lost two children and was heavily pregnant with her third who died shortly after being born.

Begum had challenged the UK Home Office's decision to remove her British citizenship and wanted to be allowed to return to the UK to pursue that appeal.

She is currently in a camp controlled by armed guards in northern Syria.

Initially, the UK Court of Appeal said she should be allowed to return to fight the case but in July last year it allowed a Home Office appeal and found that the case must go ahead to the Supreme Court before she is allowed back into the country because the case raised a point of law of public importance that only the highest court can resolve.

In November, the Home Office took its appeal to the Supreme Court arguing that allowing her to return to the UK "would create significant national security risks" and expose the public to "an increased risk of terrorism".

In reference to the Court of Appeal's judgment, the top court said that it had failed to take proper account of the UK Home Secretary's case.

"The Court of Appeal mistakenly believed that, when an individual's right to have a fair hearing... came into conflict with the requirements of national security, her right to a fair hearing must prevail," he said.

The court has concluded that the appropriate answer is not to force the government to bring Begum back to the UK – but to pause her legal fight over citizenship until she is in a safer position to take part in her appeal.

"That is not a perfect solution, as it is not known how long it may be before that is possible. But there is no perfect solution to a dilemma of the present kind," he added.

A special British immigration tribunal had found back in February last year that Begum was a Bangladeshi citizen by descent which meant that she had not been rendered homeless by former UK Home Secretary Sajid Javid’s decision to revoke her British citizenship in 2019.

He "strongly welcomed" Friday’s ruling, saying: "There are no simple solutions to this situation, but any restrictions of rights and freedoms faced by this individual are a direct consequence of the extreme actions that she and others have taken, in violation of government guidance and common morality."

His successor as the Home Secretary, Priti Patel, had also backed that decision and ruled out the prospect of her return to the UK.

She added: "The government will always take the strongest possible action to protect our national security and our priority remains maintaining the safety and security of our citizens."

Under UK law, a person can legally have their citizenship revoked but they cannot be made stateless. The UK government maintains that Begum has access to Bangladeshi dual citizenship through her parents, even though the Bangladesh government has since denied any such rights.

The decision to revoke Begum's citizenship has been criticised by human rights campaigners and legal experts alike who argue that the revocation rendered her stateless and compromised her right to a fair appeal.