Sharad Pawar Gets Income Tax Notice, Alleges Being Singled Out By The Centre

Nationalist Congress Party (NCP) chief Sharad Pawar claims he has been served notices by the Income Tax department in connection with his poll affidavits. 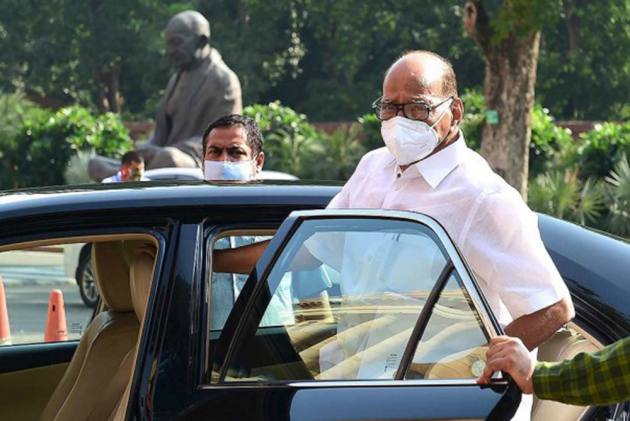 Nationalist Congress Party (NCP) chief Sharad Pawar on Tuesday said that the Income Tax department has served him a notice in connection with his poll affidavits submitted to the Election Commission.

Talking to reporters, Pawar said, "I got the notice yesterday. We are happy that they (the Centre) love us more, as compared to other members. The notice was served by the Income Tax department after the Election Commission asked it to. We will reply to the notice.”

Pawar also said that as an act of solidarity with the eight suspended Rajya Sabha members he would fast today.

The NCP chief also made light of speculations of President’s rule being imposed in Maharashtra. "Is there any reason for imposing the Presidents rule? Is the President's rule some joke? he asked, adding that the ruling Maha Vikas Aghadi combine enjoys a clear majority in the Maharashtra Assembly.