The NCP has lined up several programs to celebrate the Sharad Pawar's birthday amid the pandemic. 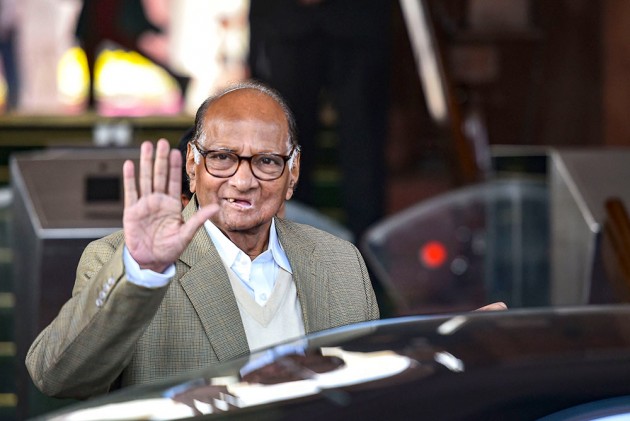 The NCP has lined up several programs including a virtual rally to celebrate the former Union minister's birthday amid the pandemic.

The party had earlier said that the main program will be held at the YB Chavan Centre here in the presence of select invitees, and it will be broadcast across the state.

An online membership drive will be launched at Pawar's hands-on Saturday, the party said.

Pawar, who was Maharashtra's chief minister four times, will also launch the party's initiative of distributing one lakh medical kits in tribal areas.

Considering the shortage of blood in blood banks and hospitals, the party has also announced a week-long donation drive beginning December 13.

The Maharashtra government will launch a digital platform named for Pawar, `MahaSharad', on Saturday. It is aimed at making available assistive devices to divyangs for free.

Pawar was instrumental in the formation of the NCP-Congress combine's unlikely tie-up with the Shiv Sena last year, after the Sena, fell out with its ally BJP following the assembly polls.