Sharjeel Is A Patriot Who Loves India From The Core Of His Heart: Family

Sharjeel Imam, a PhD student from Jawaharlal Nehru University (JNU) has been booked under various laws for his alleged anti-national speeches and involvement in the Delhi Riots 2020 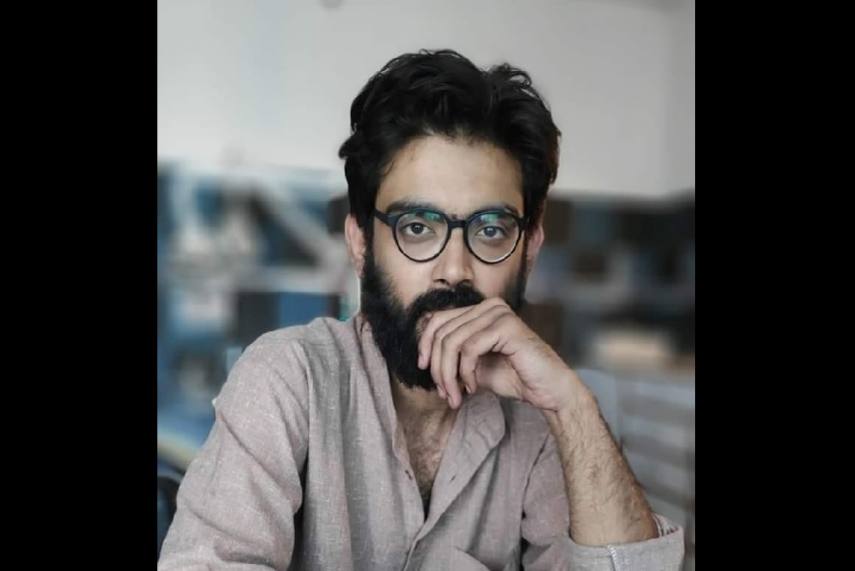 ‘When the riots broke out, he was in Guwahati jail. If he did it from the jail, then I think the jail authorities should also be questioned for their involvement,’ said the JNU student’s uncle.

The family members of Sharjeel Imam have opposed his arrest by the Delhi Police for his alleged involvement in riots in North-East Delhi in February this year.

The family’s contention is that Sharjeel was never released once he was arrested by the Delhi Police on January 20 from his home town in Jahanabad, Bihar, and the riots in North-East Delhi took place on February 24.

Communal riots had engulfed a large part of North-East Delhi for three days from February 24 after an ongoing protest against The Citizenship (Amendment) Act was passed in 2019. The communal mayhem witnessed over 50 deaths and hundreds injured.

“When the riots broke out, he was in Guwahati jail. If he did it from the jail, then I think the jail authorities should also be questioned for their involvement,” said Md. Aurangzeb Arman, Sharjeel's maternal uncle.

Expressing his deep anguish over the continuous harassment, he the whole family has been going through a traumatic time since Sharjeel was first arrested in December last year for allegedly causing violence in Jamia Milia Islamia University in Delhi. “Sharjeel is a thorough patriot who loves India from the core of his heart,” Arman said.

"He belongs to a good family. He is a well-read person. He is being punished for speaking out," Arman's younger brother said.

At present, Sharjeel is an accused in three different cases – (a) for a seditious and inflammatory speech at Jamia Millia Islamia on December 13, (b) for seditious speech in Aligarh Muslim University on January 16 and (c) for a ‘premeditated conspiracy’ in riots in North-East Delhi.

The Delhi Police had booked him for the first time for giving an allegedly seditious speech on December 13 which, police claimed, led to violence in the campus.

The police further alleged that after his release on bail, he gave an inflammatory and seditious speech at Aligarh Muslim University (AMU) on January 16 this year in which he, while protesting against the CAA, asked people to separate the North-Eastern states from the country.

Consequent to that, Police in five states - Delhi, Uttar Pradesh, Manipur, Assam and Arunachal Pradesh – lodged FIRs invoking various sections such as 124A (sedition), 153 A (promoting enmity between different groups on grounds of religion, race, place of birth, etc) and 505 (statements conducting to public mischief) among others.

Arman alleged that a part of about 42-minute long speech at AMU was taken out of context.

“He never made any seditious remark. He never asked people to cut off North-Eastern part from the country. He was opposing CAA which is not illegal at all. About 40 seconds of the whole speech was taken out of context and blown out of proportion. It is sad,” Arman said.

After FIRs lodged in the five states, Delhi Police arrested Sharjeel from Jahanabad in Bihar on January 28 this year and sent him to Guwahati Jail on February 20.

“On May 22, Guwahati High Court granted him a statutory bail, but since he had cases pending in other states, he remained in the jail. The Crime Branch of Assam Police failed to file a chargesheet against him within the stipulated 90-day time. It neither asked for an extension,” Arman said adding that he got bail from Arunachal Pradesh as well on the similar ground.

However, In Delhi, the trial court granted 90 more days to Delhi Police on June 25, to file a charge-sheet. Sharjeel opposed it in the Delhi High Court but the Court turned down his plea. “It is the same charge which the Assam police couldn’t file charge sheet for. But despite that, we have our faith in the judiciary and we hope that we will get justice one day,” Arman said.

Sharjeel's troubles multiplied further when the police filed a 600-page charge sheet in July in the Delhi riots case and alleged that he had hatched its conspiracy with others while holding protests against CAA. It has invoked the stringent anti-terror law, The Unlawful Activities (Prevention) Amendment Act.

The Delhi Police was supposed to bring him back for his trial in Delhi riots case from Guwahati on July 21, however, he tested Covid-19 positive and needed time to recover. On August 23, the Police brought him from Assam on the production warrant and produced him before the court through video conferencing. The court sent him to 4-day police custody.

On August 26, the Supreme Court also adjourned a plea by Sharjeel to club all five FIRs and investigate it at one place.