Tharoor has said the alleged use of technology to snoop on Indian citizens was a matter of 'grave concern'. 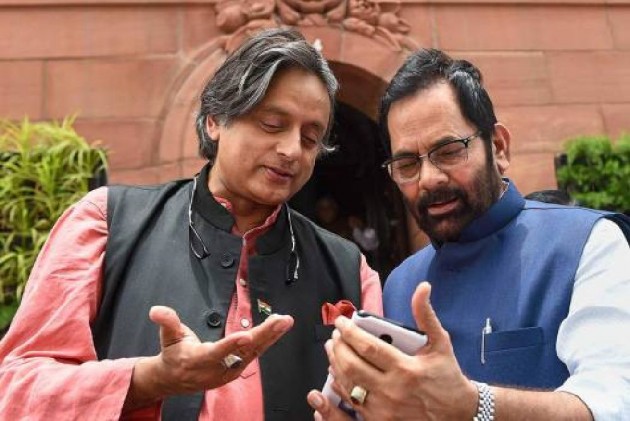 A parliamentary standing committee headed by Congress leader Shashi Tharoor will take up the controversial WhatsApp snooping case in its next meeting later this month, sources said on Wednesday.

Tharoor, who heads the parliamentary standing committee on information technology, said in a letter to his panel members that the alleged use of technology to snoop on Indian citizens was a matter of "grave concern" and it would be discussed at the committee's next meeting on November 20.

The Facebook-owned messaging app, WhatsApp on October 31 said Indian journalists and human rights activists were among those who were globally spied upon by unnamed entities using an Israeli spyware Pegasus.

In the letter, sources said, Tharoor urged the committee members that as a democratic republic, "We must ensure adequate safeguards to prevent any misuse of the executive's powers in an unauthorised manner or for extraneous purposes."

Underlining that the Supreme Court of India has clearly recognised the fundamental right to privacy, Tharoor said there is a need to analyse the legality, legitimacy and necessity of any action that infringes upon this right.

He said the standing committee members from both the ruling party and the Opposition must work together to safeguard the fundamental rights of citizens.

Besides the parliamentary panel on information technology, the panel on Home Affairs will also take up the issue of "snooping" in its next meeting.

For its part, WhatsApp had said it was suing NSO Group, an Israeli surveillance firm, that is reportedly behind the technology that helped unnamed entities hack into phones of roughly 1,400 users.

These users span across four continents and include diplomats, political dissidents, journalists and senior government officials.

Union Information Technology Minister Ravi Shankar Prasad has asked WhatsApp for a report on the allegations.

Earlier, Congress had hit out at the ruling BJP, accusing it of orchestrating the snooping on specific people, as many of them were critics of the government.

"The rule of law and the fundamental right to privacy have become a joke under the current dispensation at the Centre. The illegal spyware --Pegasus-- was used to hack and spy upon politicians, journalists, lawyers, civil society groups and human rights defenders," said Congress spokesperson Randeep Surjewala at a press conference.

"The BJP government is the deployer and executor of this illegal and unconstitutional snooping and spying racket. The BJP is now the Bharatiya Jasoos Party," he said.

WhatsApp has over 1.5 billion users globally, of which India accounts for about 400 million.