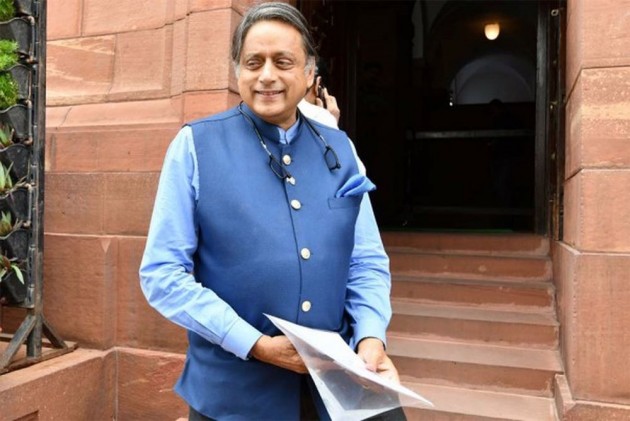 In a protest against rising fuel prices in the country, Congress senior leader and MP Shashi Tharoor from Thiruvananthapuram, along with some party members pulled an auto-rickshaw in the Kerala capital on Friday.

The party workers marched on foot outside the Kerala Secretariat and also raised slogans demanding the government to slash fuel prices.

Tharoor took to Twitter to post a video of the marching and said that it was done to protest “extortionate fuel taxes and the failure of both Central and State governments to reduce their share of the loot”.

Symbolically pulled an auto-rickshaw in Thiruvananthapuram to protest extortionate fuel taxes & the failure of both Central & State governments to reduce their share of the loot. Over a hundred autos joined the protest under the auspices of âÂÂÂÂ¦@INTUCnationalâÂÂÂÂ© pic.twitter.com/e0D0M29Ffj

Fuel prices across the country have seen a constant rise with petrol in several parts crossing Rs 100 mark.

However, Union Minister for Petroleum and Natural Gas and Steel Dharmendra Pradhan claims that fuel prices will come down after winter, saying that a hike in fuel prices is an international matter.