'She Might Have Loved Him But...': Ramdas Athawale Says Rhea Chakraborty Could Be Involved In Sushant Singh's Death

Union Minister Ramdas Athawale said Sushant Singh Rajput's family is hoping for a fair probe by the CBI and want the truth to come out. 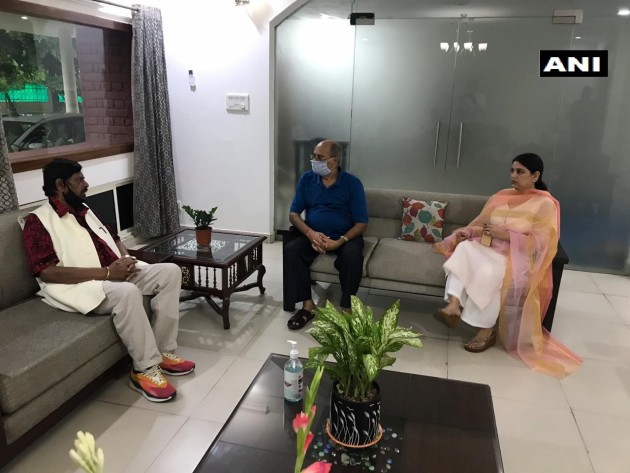 As the Central Bureau of Investigation questioned Rhea Chakraborty for the first time on Friday in the Sushant Singh Rajput death case, Union Minister Ramdas Athawale visited the late actor’s family at their residence in Faridabad.

The Union Minister after meeting Sushant’s father KK Singh and his sister Rani Singh, said that the family suspected Rhea’s involvement in the late actor’s death.

Athawale said that the Rhea “might have loved Sushant” in the past but she could as well be involved in his death.

Also Read | 'There Is A Threat To My Life': Rhea Chakraborty On Being Mobbed By Media

Athawale said Sushant’s family is hoping for a fair probe by the central agency and want the truth to come out.

Rhea Chakraborty, accused of abetting the suicide of Sushant, reached the DRDO guest house in Mumbai on Friday for questioning by the Central Bureau of Investigation, an official said.

Earlier, before the CBI took over the probe, the Mumbai police had recorded the statement of Rhea Chakraborty in connection with Rajput's death.

The 34-year-old actor was found hanging on June 14 in his flat in suburban Bandra.