'What is underway is not democracy, but the murder of democracy,' Shehla Rashid said. 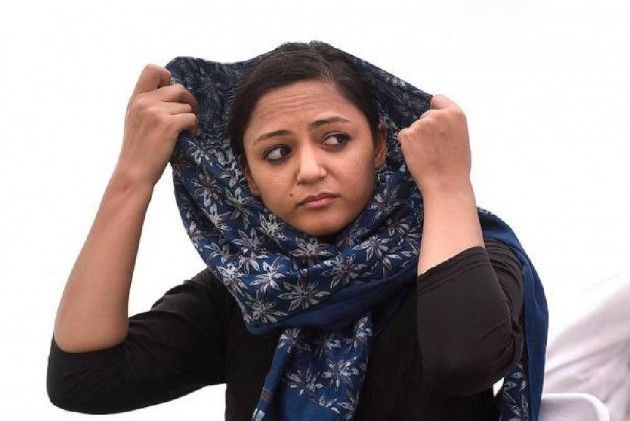 Former JNU student leader and activist Shehla Rashid on Wednesday announced to quit electoral politics, saying she cannot be a party to the "exercise of legitimizing the brutal suppression of Kashmiri people".

In a Facebook post, the student activist said the centre's actions have "for decades now, only served to push people out of the mainstream".

"If being in the mainstream means compromising on the basic interests of your people, then one cannot be part of such a mainstream!" Rashid said.

"I would, therefore, like to make clear my dissociation with the electoral mainstream in Kashmir. I stand in solidarity with my people who are being made to suffer for even the most basic of amenities and being deprived of the most basic of rights. I cannot be a party to the exercise of legitimizing the brutal suppression of my people," the former JNU student leader said.

She said that the central government wants to "showcase a sham electoral exercise in order to convince the world that it is still a democracy."

"What is underway is not democracy, but the murder of democracy. It is a plan to install puppet leaders," Rashid said.

Shehla Rashid lashed out at the central government, saying that Kashmiri politicians are being forced to contest elections only on the issue of restoration of statehood.

She said they are being asked to maintain silence on the issue of Article 370.

"Anyone who doesn't comply will face incarceration. Anyone challenging their detention will be slapped with the draconian PSA," she said.

It is clear, Shehla Rashid said, that participation in any political activity in Kashmir requires a compromise.