Shimla: Forest Department Claims To Have Captured Leopard Which Attacked Kids; Residents Not Sure

The leopard had killed two kids, including a five-year-old child on November 4 during Diwali celebrations, and a girl of the same age in August. 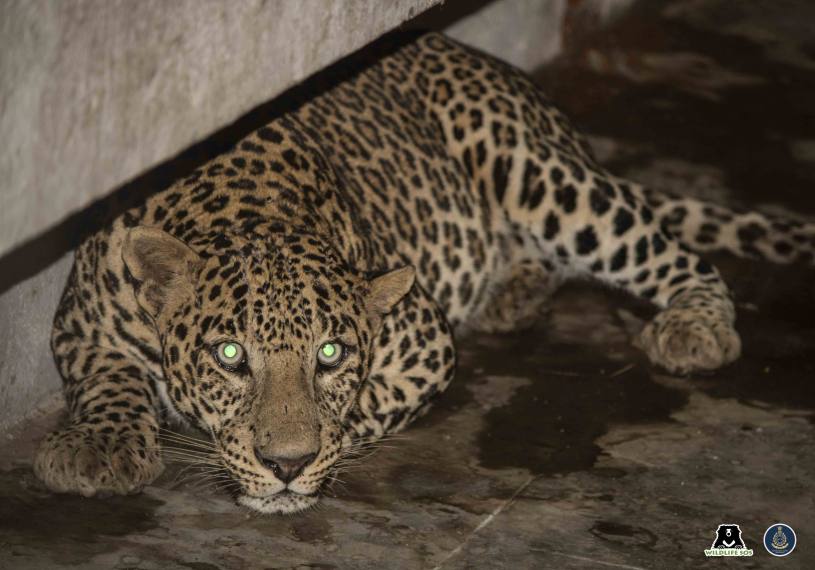 More than two dozen trap cameras, half-a-dozen cages and 20-odd wildlife officials on action mode took 14 days and 15 nights to cage a leopard which was on the prowl for almost three months in Shimla’s downtown locality Kanlog. But for people of the hill town, who had unsuccessfully demanded that the big cat be declared a man-eater, are not sure whether the forest department had managed to catch the errant leopard.

The leopard had killed two kids, including a five-year-old child on November 4 during Diwali celebrations, and a girl of the same age in August. Principal Conservator of Forests Ajay Srivastava confirmed to Outlook that the leopard has been caged and now kept at the wildlife animal rescue centre at Tutikandi, Shimla.

“We are 99 per cent sure, by the evidence our teams have gathered, that it’s the same animal. It’s definitely a big relief for us as also the natives,” he said. He did not rule out the presence of more leopards in and around Shimla forests.

The trap cameras set up by the wildlife wing of the forest department, with the help of Wildlife Institute, Dehradun, had recorded movements of leopards in the town, mainly during the night hours.

Sanjay Chauhan, a former Shimla mayor who had led a mass movement against the wildlife department’s inability to trap “man-eater” animals, still has doubts if the caged leopard was the same. “Till it’s scientifically established that the animal which eventually landed up in the cage was the same, the natives of downtown localities will not be able to sleep in peace. The wildlife department neither has trained man-power nor gadgets to offer help to the people at Kanlog and other localities where the movement of the leopards have been recorded by trap cameras,” he says.

Shimla Nagrik Sabha, a group of social activists, had been up in arms demanding that the leopard be declared a “man-eater” but the wildlife department resisted the pressure, asserting that there was no clear-cut evidence about the same leopard involved in both the killings.

Movement of leopards in Shimla have also been recorded by CCTV cameras set up by the police earlier. This was mostly in areas like catchment forests, Dhalli, Dhanda, the cemetery at Kanlog, Forest road, Chotta Shimla and Nav Bahar. Some years back, a leopard cub also strayed into the campus of Shimla’s St. Bede’s college and even Rani Jhansi park.

In 2015, a study by Mumbai-based NGO—Wildlife Conservation Society—on human-leopard conflict in Shimla, had revealed the presence of leopards in Shimla’s peripheral forests. The study, however, advised citizens against panic reaction on sighting of animals in their vicinity. “Leopards are extremely adaptable and intelligent animals. They exist all over the spaces. Even Mumbai’s high-density Borivali locality or NCR region of Noida have leopards. Shimla is no exception,” says Srivastava.

He claims that the wildlife wing of the department is working on a management plan for the leopards to ensure that the population in the localities adjacent to the forests don’t come in conflict with the animals. Already some advisories have been issued for the natives.