For the grandchildren of foreigners interred in Shimla, reaching the town to visit the graves of their loved ones is often a frustrating and painful journey that ends in disappointment. 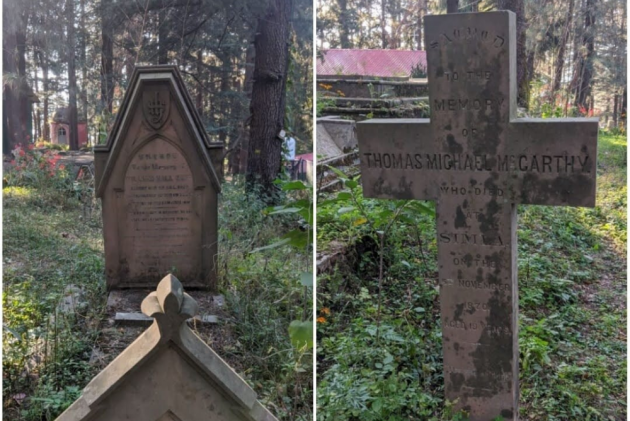 Shimla, the erstwhile summer capital of British India,  still carries vestiges of its colonial past in its five cemeteries. Some are nearly two centuries old and many of those laid to rest in these graveyards are renowned British army officers, civil servants and their family members, who had lived in the fascinating woods of Simla, as it was called then, during the British Raj.

For the descendants and grandchildren of foreigners interred in Himachal Pradesh, however, reaching the town to visit the graves of their loved ones is often a frustrating and painful journey that ends in disappointment. While they turn up with flowers and gifts in hand in memory of the dearly departed, many are met with tombs falling into disrepair in graveyards filled with garbage and trespassers 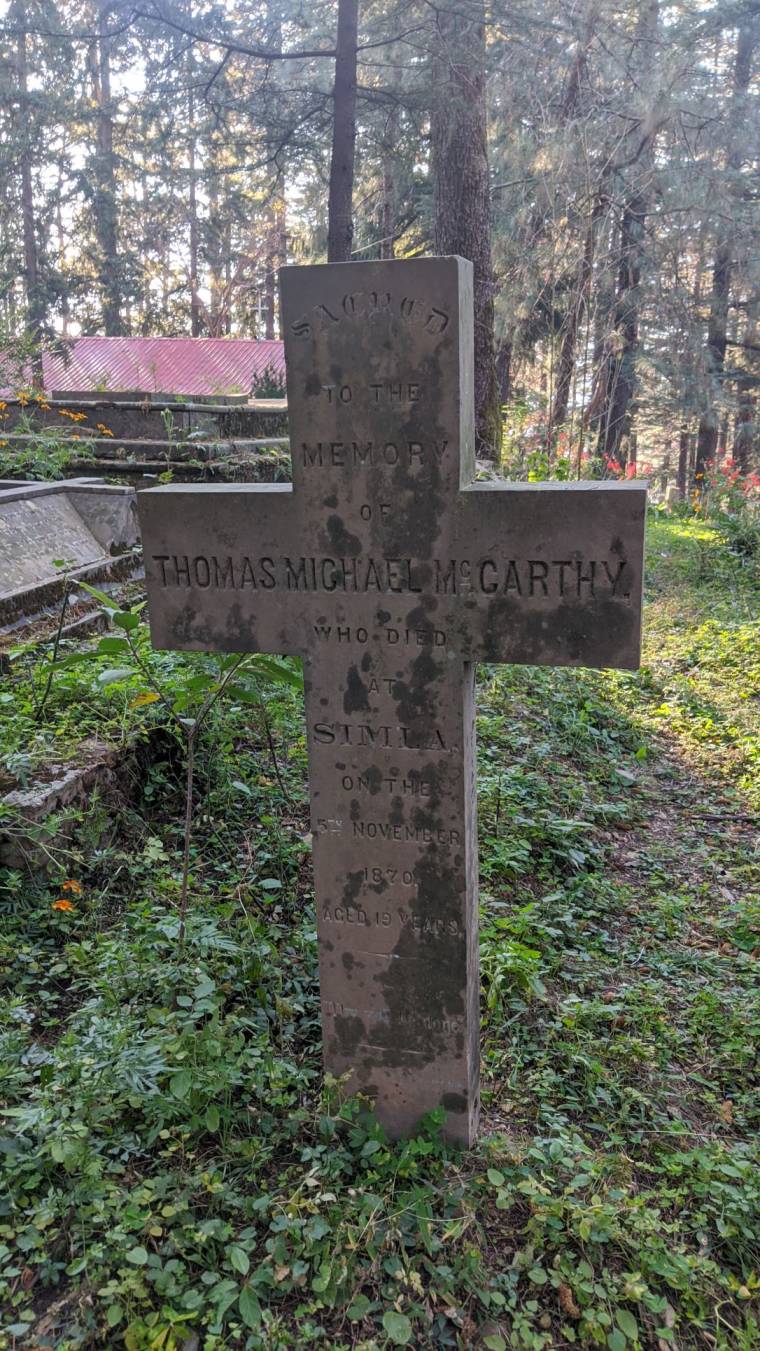 Natives residing in the vicinity of the cemeteries say that if the pandemic had not made foreign travel impossible since last year, many UK nationals embarking upon nostalgic trips to Shimla to pay respects to their loved ones would have definitely returned home heart-broken."

It’s not negligence alone that is harming these cemeteries. The heaps of garbage, litter, empty liquor bottles, torn footwear, chips packets and plastic waste that lie scattered across the graveyards are an eyesore. Defaced and missing ‘headstones’ make it almost impossible for any visitor to identify their ancestors' tombs, adding to the misery of the family members.

Kanlog Cemetery, which is located on the Shimla bypass, presents an even more horrifying picture. This is the town’s oldest cemetery, a quaint place, officially covering 14 acres of area, containing graves of several Britishers from 1843 to 1920. Today, the site has fallen prey to encroachments with locals digging out the graves and flattening the land to lay out roads inside the cemetery.

As many as 24 dozen natives have signed an affidavit and submitted it to the  Shimla Municipal Corporation (SMC) against the encroachment at Kanlog.

“These cemeteries are heritage places that carry sentimental value. This is a highly objectionable, illegal and greedy act on the part of those who have been entrusted with the responsibility to maintain the cemetery and protect the graves from any physical damage," the affidavit said.

Media reports suggest that two UK nationals Tony Bennet and Jane Bennett visited the cemetery in 2012 to pay their respects to the grave of Tony’s great grandfather. After their long and frustrating search, both returned with teary eyes as they failed to find any sign of the grave.

Rev (Dr ) Mahendra Pratap Singh, who identified himself as a priest at Kanlog cemetery accused miscreants from the downtown area of being responsible for exacerbating the condition by dumping liquor bottles, trespassing and using the space for gambling, drugs and crime. "We have complained to the authorities, even submitted a memorandum to the earlier Chief Minister (late) Virbhadra Singh. But no help came," Singh told Outlook.

He added that he had tried to stop people from trespassing, dumping empty liquor bottles and chips packets inside the cemetery but had only been met with hostility. "They have made me a target since then," he alleged.

On the other hand, locals accused Singh himself of tampering with heritage by deploying the JCB to flatten the graveyard and build roads and pathways. They also accused him of putting-up illegal structures inside the cemetery recently.

Kanlog Residents Association has written to Ashish Kohli, Commissioner SMC, seeking an inquiry into the illegal activities inside the cemetery. The association has also sought a ban all new construction activities that may tamper with the graves, and demanded restoration and conservation of all damaged landmarks in the vicinity.

“It’s true, some people approached me over the phone, informing me about some illegal activities inside the cemetery at Kanlog. I will be sending a team to verify the fact and also take appropriate action. We will not allow miscreants to damage the heritage of the place, especially the graves of foreign families, top officers, military personnel and staff of viceroys “ Kohli said.

Raaja Bhasion, a noted Shimla historian, who has written a book on cemeteries, endorses the views of the natives.

“The colonial-era cemeteries are in really bad shape. It’s painful to see how Shimla's heritage is being destroyed, allowed to ruin. There are encroachments inside heritage premises and boundaries. Headstones stolen, graves exposed to filth and dirt, weeds growing all around and places being dug up or covered over...I have no words to explain this apathy. If no restoration is done, we will lose this valuable heritage of those living thousands of miles away” Bhaison warned.

Devan Khanna, a young activist-lawyer at Himachal Pradesh High Court, said he wanted citizens' action to make the administration, government or judiciary act and make effective interventions in the matter. "We need collective action to restore these cemeteries to their past glory," he said.