The Dalit activist has been beaten and tortured in jail, but his spirit remains untamed, asserts his best friend 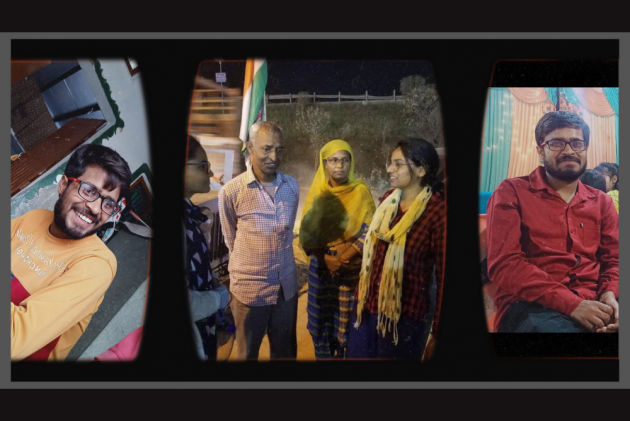 Human rights activist Nodeep Kaur was freed on bail on February 26 after 45 days in jail, where she was reportedly tortured. But Shiv Kumar, self-proclaimed rebel and President of Mazdoor Adhikar Sangathan, who was arrested from Singhu border soon after Nodeep Kaur’s arrest, still remains behind bars.

“It was in the year 2008, during the screening of the movie ‘Legend of Bhagat Singh’ when I first met him. We were in class 8th and an activist group had organised that programme in our village.” recalls Ankit, Shiv Kumar’s best friend. “After the screening, when all the children sat down for a discussion, I remember, someone asking, ‘What will you become when you grow up?’.None of us had a reply.” With a weak smile, Ankit adds “It was Shiv Kumar who stood up and said, “Mujhe baaghi banna hai(I want to be a rebel). I still remember how everyone, including myself, laughed at his answer. At such a young age, he had understood the stubborn knot of a never-ending struggle on the blanket of his life.

Despite the cool breeze, the dingy 8X8 room in Kundli which Shiv calls home still has the acrid smell of sweat, reminding me that it was never easy for him. It could never be for a partially-blind Dalit boy in a family of seven with a monthly income of Rs 6500. His father is a seasonal farm labourer who also works as a contractual security guard at night. Shiv’s mother is a dark skeleton draped in a saree, with hollow eyes staring at the walls. She is suffering from serious psychiatric disorders, to the point where she believes that Shiv has gone to the factory and will come back in a while. It choked me when I realised Shiv is probably the healthiest one in his family. His younger brother is a stunted 18-year old suffering from an intellectual disability.

At the age of 19, Shiv spent 18 days in jail for being an active face of the powerful movement in Sonipat which led to the admission of hundreds of poor children in private schools under the EWS quota. His childhood friend Ankit believes that it was these 18 days that tempered the steel in Shiv and made him walk on the path of resistance. He left his village Devdu and decided to live in Kundli where his only property was his books, his borrowed books.

Ankit points towards a ragged bag at the corner of the room, “He always had a collection of Pash’s poems in his bag. I am sure the book would still be there.” Ankit looks at his friend’s broken keypad phone, “He was a calm and composed person. I never saw him getting irritated. He was the one whom people sought to resolve fights. They knew he would sit down and explain, “Humari ladai aapas ki nhi hai. Atyachar ke khilaaf hai. (Our fight is not against each other but against exploitation.)”

“This Wednesday, I saw him limping, his legs were swollen. Three of his nail beds were broken and the underlying skin was red which according to the medical report, was a sign of ‘healing’.” Ankit’s voice reflects his anger and anguish. “Healing? We met him after a full month. And if this is his condition now, we cannot even imagine what he must have gone through. His thighs had blue-black patches; he is having serious anxiety attacks and flashes of brutality he was subjected to.” Recalling what Shiv told his lawyer, Ankit says “His hands and legs were tied and he was beaten with lathis. Caste abuses were hurled at him. Police threatened that they would make him clean the toilets.”

Staring at the barren walls of Shiv’s room, Ankit said, “What I remember from our short meeting in court is only the smile on his face. I know that it was the truth smiling. Only someone fighting for a just society can have that calmness in his smile even after standing in court with eight policemen around him. His energy echoes in my heart and in the hearts of hundreds of workers and farmers for whom he fought and is still fighting.”
I turned off the recorder, folded my diary and walked down the narrow stairs with the same calm breeze assuring me that truth shall prevail.