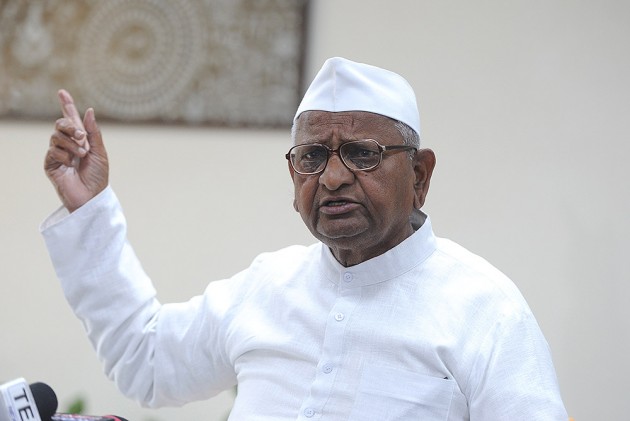 The Shiv Sena targeted activist Anna Hazare on Saturday and criticised him for first announcing a hunger strike over farmers' issues and then calling it off within hours, saying his action was "on expected lines".

Anna Hazare announced an indefinite fast in support of protesting farmers in Delhi on Friday but soon changed his decision after discussions with BJP leader Devendra Fadnavis and Union Minister of State for Agriculture Kailash Chaudhary.

"The developments were funny but on expected lines," the editorial in the Sena mouthpiece `Saamana' said, adding it was unclear what was Hazare's stand on the controversial farm laws of the Union government.

"Protesting farmers are being targeted and the way they are being treated is shocking," it said.

During the UPA regime led by Manmohan Singh, Hazare went to Delhi twice and staged massive agitations (against corruption) and the BJP had supported those agitations, the Sena said.

"But in the last few years, he has not taken a stand on demonetization,lockdown (for coronavirus)," it said.

The party also alleged that the Union government is doing everything tocrush the farmers' agitation, and `look-out notices' have been issued against their leaders at airports as if they were international fugitives.

When asked by reporters about the Saamana editorial, Hazare said at Ralegan Siddhi, his village in Maharashtra's Ahmednagar district, that society and the country's interest mattered to him and not the party in power.

"When I see anything wrong happening, something which is against the country and society, I take a stand. I have protestedagainst the land acquisition bill during the Narendra Modigovernment's tenure," he said.

On Friday, Hazare, 84, had said he won't be proceeding with the indefinite fast as the Central government has agreed to some of his demands and set up a high-level committee.