According to the members' list of the parliamentary standing committee, led by senior BJP leader Vinay Sahasrabuddhe, available on the Rajya Sabha website, TMC MP Sushmita Dev is the only woman among the 31 members. 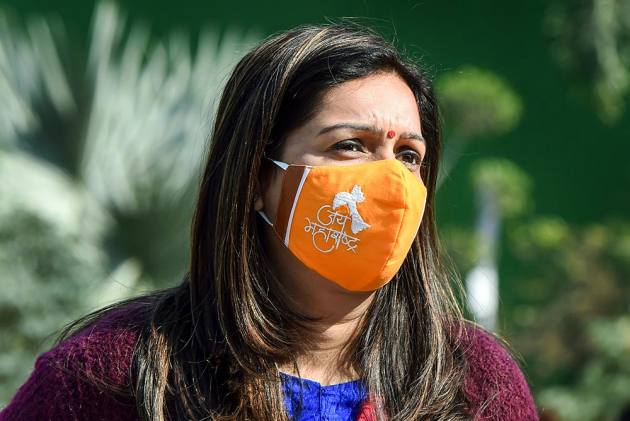 Verbalising her dissatisfaction with the lack of women members in the parliamentary panel,  Shiv Sena's Rajya Sabha member Priyanka Chaturvedi  sought more representation of women in a parliamentary panel that will deliberate on a bill to raise the legal age of women for marriage to 21.

In a letter to Rajya Sabha Chairman M Venkaiah Naidu, Chaturvedi said the Parliamentary Standing Committee on Education, Women, Children, Youth and Sports has representation of just one woman MP.

“…the committee has only one female Member of Parliament as a member. This is disheartening to note that a bill so pertinent to women and the Indian society will be deliberated upon in a committee where representation is highly skewed,” Chaturvedi said.

It is of utmost importance that the interests of all stakeholders are taken into account and that the voices of all, especially women, are heard and understood by the panel, she said.
The parliamentary panel has been assigned to examine the landmark bill which seeks to raise the legal age of marriage for women to 21.

The Prohibition of Child Marriage (Amendment) Bill, which will have wider influence over society especially females, was introduced in the Lok Sabha during the winter session and referred to the Parliamentary Standing Committee on Education, Women, Children, Youth and Sports.

The bill, piloted by the Women and Child Development Ministry, seeks to increase the legal age of marriage from 18 to 21.