They Have Put A Price Tag On Democracy: Rahul Gandhi Aide Sachin Rao On Pegasus Row 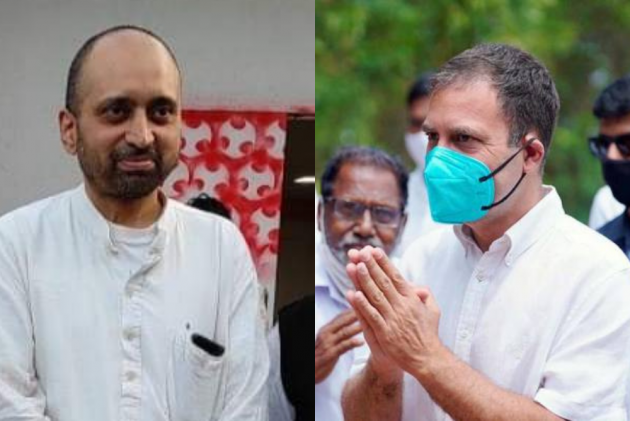 As Congress leader Rahul Gandhi accused Prime Minister Narendra Modi of “treason” and demanded a judicial investigation into the Pegasus spyware scandal, his close confidante Sachin Rao said that the scandal indicates a price tag is being put on democracy and people are under surveillance for questioning the powers that be.

Rao, a member of the Congress Working Committee was also identified in the Pegasus spyware leak, along with Rahul Gandhi in the run-up to 2019 general elections. Of the hundreds of names that have been published by a global media consortium, the presence of phone numbers of former Congress President Rahul Gandhi and his aides as potential targets of surveillance has frazzled the political fraternity.

Speaking to Outlook, Rao, AICC- training in charge, said that surveillance by the state is of enormous concern for democracy and it's functioning. While media reports cite two numbers belonging to Rahul Gandhi was targeted ahead of the 2019 Lok Sabha elections, the numbers of his close confidantes, Alankar Sawai and Sachin Rao were also identified as potential targets using the spyware in the same period.

The list published by global and Indian news agencies also includes leaders from the Opposition and the ruling party, activists, students, lawyers, and journalists among others. The reports say that more than 300 Indians were allegedly potential targets of surveillance by the Israeli spyware Pegasus. It was France-based Forbidden Stories that accessed a leaked database of 50,000 numbers, which may have been targeted for surveillance by clients of the NSO group.

Rao also said that he was shocked that the woman, who has raised sexual harassment charges against former Chief Justice of India Ranjan Gogoi, was under surveillance, according to reports.

“I can understand that there are political motivations behind spying on me. I was shocked to see the woman who accused the former CJI of sexual misconduct and her family on the surveillance list. That shows that it’s not done merely for political information gathering, it is to target people who are getting in the way of political powers,” he said.

According to a disclosure by The Wire, an ex-Supreme Court staffer who accused former CJI Ranjan Gogoi of sexual harassment in 2019, also appeared as a potential target of surveillance using the hacking software. “I was shocked beyond words. My heart goes out to the woman’s family as they have not chosen to be in the public sphere. As a politician, I've chosen to do what I do,” he said.

While The Wire report says that Rao’s phone was identified as a target during 2019, the handset hasn’t undergone any forensic examination. As the handset is not used by Rao anymore, it is difficult to confirm whether the software was installed on the phone or not.

Rao says that he didn’t have any inkling of phone tapping and he doesn’t possess any additional information other than media reports. “My phone got fried and it stopped functioning long back. It is used as a paperweight now,” he says.

Since the government denies its involvement in the Pegasus project and maintains that authorized surveillance is possible in the country, Rao says that questions should be asked about who paid for the Pegasus software and the source of the money. According to estimates cited by the media, the cost of installing the spyware in more than 300 phones will run into crores.

“The cost of installing Pegasus runs into crores. What does it convey to the world about our democracy? There is a price tag on our democracy and someone is willing to pay whopping money to snoop on 300 people. We need to know the source of the money which is directed to capture our democracy,” he said.

Rahul Gandhi’s name as a target for surveillance has raised many eyebrows as he was leading the Congress in the 2019 general election as president of the party. Rao feels that Gandhi was targeted for standing up to the powers that be. “Rahul Gandhi always stood with the truth and consistently called out the government. That must have bothered them,” Rao said.