Murli Manohar Joshi Joshi said there were reports that the HRD Ministry had twice advised the JNU VC to implement a 'certain reasonable and working formula for resolving the issue of enhanced fees in JNU.' 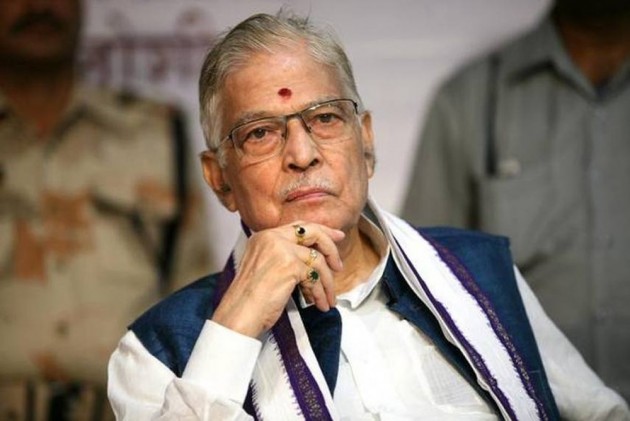 Former HRD Minister and senior BJP leader Murli Manohar Joshi on Thursday launched a scathing attack on Jagadesh Kumar, the Vice-Chancellor Jawaharlal Nehru University (JNU), questioning his "attitude" and calling for his removal from the post.

Sharing a note on Twitter, Joshi said there were reports that the HRD Ministry had twice advised the JNU VC to implement "certain reasonable and working formula for resolving the issue of enhanced fees in JNU."

"It is shocking that the VC is adamant for not implementing the government proposal."

"This attitude is deplorable and in my opinion such a VC should not be allowed to continue," he said.

Calls for the resignation of Jagadesh Kumar gained momentum on Thursday when the students and teachers of JNU led a protest march from Mandi House to HRD Ministry against the January 5 mob attack on campus. The protesters wanted to march towards the Rashtrapati Bhawan but were stopped by the police, who asked them to end the protest.

JNU Students' Union President Aishe Ghosh said the students won't relent until Kumar resigns from the post. The JNU VC has come under fire after it was alleged that he didn't do enough to prevent masked men and women, armed with sticks, hammers and stones, from entering the campus.

The Home Ministry, after a meeting with student-delegation on Thursday, however, said that Kumar's resignation was no solution to the ongoing crisis.