Shradhanjali Diwas Today For Farmers Who Lost Their Lives

Keen on ‘an early resolution to what has essentially become a political issue’, says a farmer leader 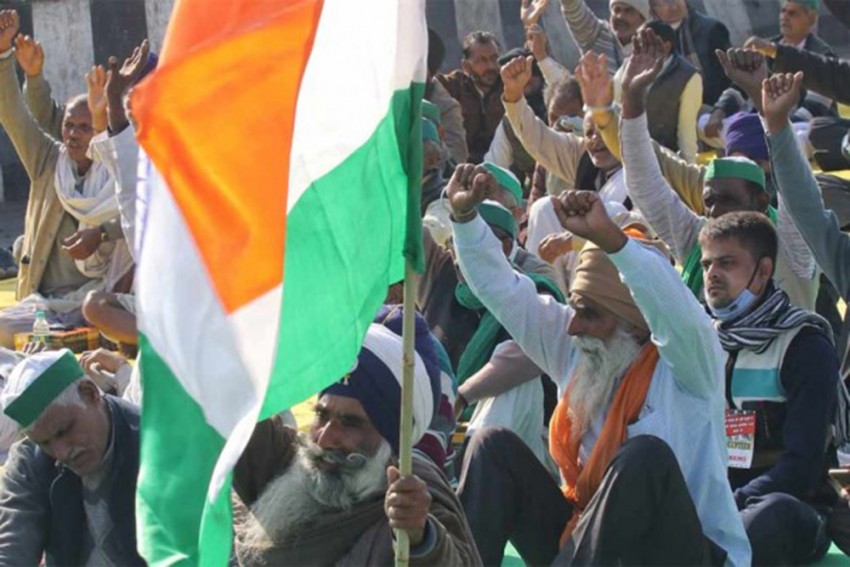 Farmers during their protest against the new farm laws, at Ghazipur border in New Delhi.
Suresh K Pandey/Outlook
Lola Nayar 2020-12-19T22:50:03+05:30 Shradhanjali Diwas Today For Farmers Who Lost Their Lives 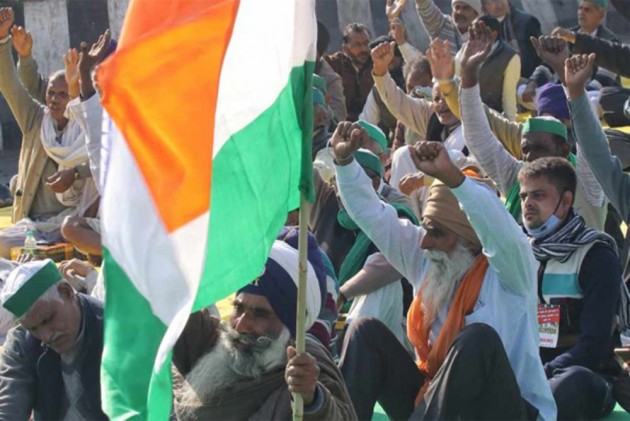 Agitating farmers will observe December 20 (Sunday) as “Shradhanjali Diwas” in villages across the country to pay homage to their brethren who have lost their lives during the ongoing agitation.

So far, 14 farmers had died with no resolution in sight even as hundreds of farmers, mostly from Punjab and Haryana, have been continuing their peaceful agitation at Delhi’s four key borders – Singhu, Tikri, UP Gate, and Chilla for more than three weeks.

The five rounds of talks held by the government with the farmers have brought no resolution as both sides are unwilling to cede their position. The farmers are seeking repeal of the three new farm laws and an assurance that the minimum support price (MSP) offered by the government for its buffer stocks procurement would be binding on the private sector too. Though the government has been announcing MSP for 22 agri-products, the prices are not mandatory on any party apart from government agencies.

Though a group of farmers have approached the Supreme Court to intervene, there are many others who are opposed to the court intervention, as they feel it will prove a face-saving device for the government and not result in an early resolution.

“We are in consultation with four senior lawyers. However, most farmers are not in favour of seeking court intervention as it may drag the resolution of the issues we have raised with the government,” a spokesperson for Samyukt Kisan Morcha said.

He added that farmers are keen on “an early resolution to what has essentially become a political issue affecting most farmers across the country.”

Pushpendra Singh, president, Kisan Shakti Sangh, said the idea behind seeking court intervention is that it could stall the implementation of the three new bills till a court appointed committee, in consultation with farmers, is able to make its recommendations.

Singh said apart from repealing of the three new laws there are other issues that need to be addressed such as implementation of the recommendations of the Swaminathan Commission, enhancement of the monetary support under the PM Kisan programme from Rs 500 per month to at least Rs 2,000, and greater attention to the animal husbandry and milk production and pricing to ensure farmers get better returns. The animal husbandry sector constitutes one-third of the farm economy.

Hannan Mollah, general secretary, All India Kisan Sabha, said there is rising apprehension among farmers across the country that the plight may worsen as the government seeks to push ahead with neo-liberal policies in the guise of improving farm incomes.