The photograph of the minister was published in newspapers while the video went viral on social media on Sunday. 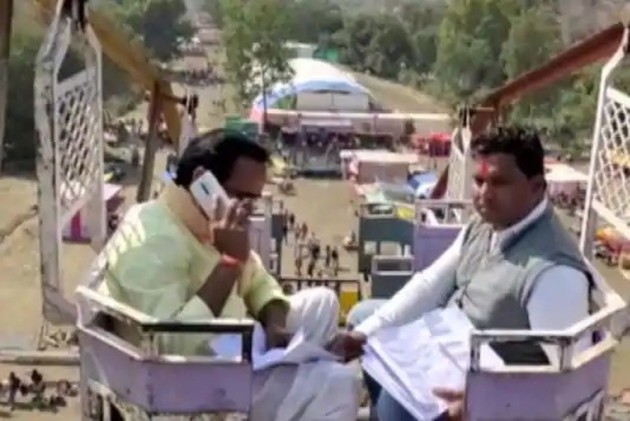 Photograph and video of a Madhya Pradesh minister is going viral on the internet where the minister can be seen doing a hilarious stunt to beat the poor network connectivity in Amkho village, Ashok Nagar district of the state.

MP Minister of State for Public Health Engineering Brajendra Singh Yadav can be seen  sitting atop a 50-foot high swing in Ashok Nagar district to get a robust signal on his cellphone network. This invited a string of memes and jokes centred around the government's much-vaunted 'Digital India' thrust.

The photograph was published in newspapers while the video went viral on social media on Sunday.

The village is surrounded by hills and is hosting a 'Bhagwad Katha' (recitation) programme amid a fair that has a 50-foot high swing as one of its attractions, eyewitnesses said.

Yadav told reporters local residents were approaching him with problems but he was not being able to help them due to the poor mobile phone network in the area.

"So I climbed atop the swing to get a clear signal in order to contact officials to get people's problems solved. I am in the village for nine days as I am the host of the Bhagwad Katha and Sriram Mahayagya," he said.