Chief Minister H D Kumaraswamy hit out at Modi for terming the state government's loan waiver scheme for farmers "one of the most cruel jokes", accusing him of misleading the country for "political gains". 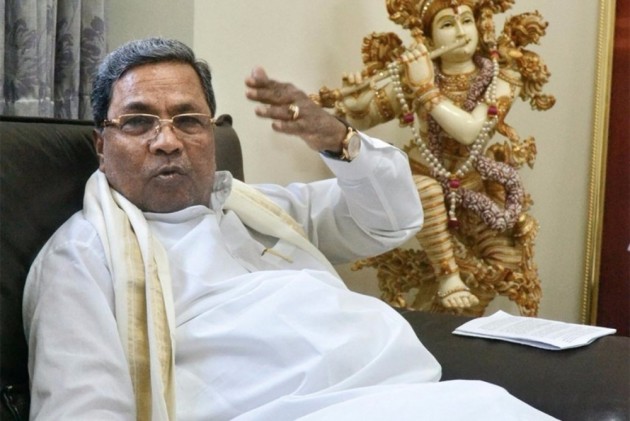 Speaking to reporters in Mysuru, he questioned Modi's moral right to criticise the state government on the issue.

"I had twice led delegations (to Modi) as a chief minister, he did not agree to waive a single rupee. What moral right does he have?" said Siddaramaiah who is also head of the ruling Congress-JD(S) coordination committee in Karnataka.

Alleging that Modi and his government were against the agriculture sector, he questioned their contribution to the farming community.

"What has he and his party governments done in Maharashtra, Gujarat, Uttar Pradesh, Rajasthan and Madhya Pradesh until recently, and in Bihar and other states where the BJP is running a coalition government?" he questioned.

Addressing a rally at Ghazipur in Uttar Pradesh last week, Modi had said that the Congress promised loan waivers to lakhs of farmers, but the JD(S)-Congress coalition in Karnataka did not deliver.

"Lollipops were handed out. The loan waiver was given to only 800 farmers," he had claimed.

Chief Minister H D Kumaraswamy has also hit out at Modi for terming the state government's loan waiver scheme for farmers "one of the most cruel jokes", accusing him of misleading the country for "political gains".