Siddaramaiah on Thursday urged the Governor to intervene and recommend President's rule. 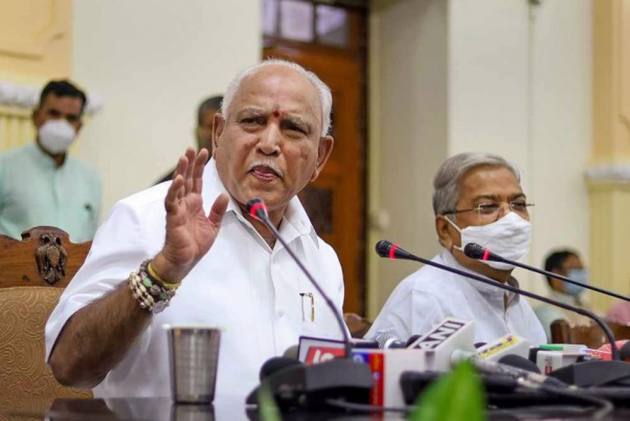 Amid allegations by senior Minister K S Eshwarappa against Karnataka Chief Minister B S Yediyurappa, Leader of Opposition Siddaramaiah on Thursday urged the state Governor to intervene and recommend President's rule. Siddaramaiah termed the allegations "serious" and evidence for the collapse of administration in the state.

The senior Congress leader also demanded that the Chief Minister be sacked.

Eshwarappa, who is Rural Development Minister in Yediyurappa's cabinet, on Wednesday had complained to the Governor against the Chief Minister alleging his direct interference in the affairs of his department.

He had met Governor Vajubhai Vala and submitted a five-page letter on "serious lapses and authoritarian way of running the administration" by the Chief Minister.

"Eshwarappa has provided evidence for the allegations of corruption, nepotism and illegalities against the BJP that I have been making as the leader of opposition. He should not bow down to any pressure and stick to his statement," Siddaramaiah said in a statement.

Stating that Eshwarappa for the first time in his political career has done a good job, he said, "I congratulate him for considering the interest of the state as important over his personal interest."

Corruption, nepotism and illegalities were not restricted to only Rural Development Department, he said, it was there in every department of this government.

"The BJP leadership should not attempt to shut Eshwarappa's mouth and provide opportunity to other Ministers to share their opinion freely."

Eshwarappa, in his letter, has listed out instances like the Chief Minister sanctioning huge funds on the request of MLAs to the tune of Rs 774 crore under RDPR Department ignoring him, works worth Rs 460 crore sanctioned by bypassing him.

Noting that Ehwarappa has not only complained against the Chief Minister to the Governor, but also to Prime Minister Narendra Modi and BJP National President, Siddaramaiah demanded that they should react to the allegations immediately and uphold internal democracy.

"Eshwarappa through his research has made it public that it is the corruption virus which has infected this government and not coronavirus that is responsible for the state treasury getting empty," he said.

Pointing out that Prime Minister Narendra Modi during the 2018 assembly polls campaign had alleged his administration as "10 per cent commission government", the former Chief Minister asked him to give a corruption rating to the state government after examining its "horoscope" sent to him by his own party minister.

Referring to Karnataka High Court vacating the stay on investigation against Yediyurappa and others for allegedly offering bribe to JD(S) MLA Naganagouda Kandkur's son Sharanagouda in 2019, Siddarmaiaah said, "this proves our allegation that the BJP government in the state is an illicit child from an immoral act called 'Operation Kamala."

He demanded for an detailed investigation into the crores of rupees that were allegedly used for 'Operation Kamala' which was the main reason for the BJP government's existence.