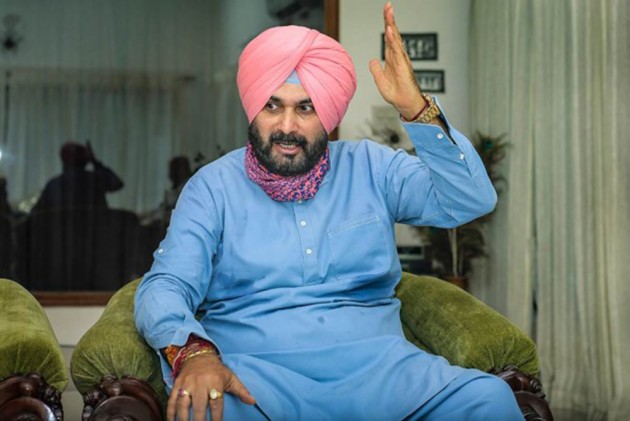 The plot twists in the political drama that has been unfolding within the Punjab unit of the Congress party for weeks now just doesn’t seem to end. On Tuesday morning, the party’s rebel leader, Navjot Singh Sidhu, left his Patiala residence for Delhi, ostensibly for a scheduled meeting with former Congress president Rahul Gandhi. In Delhi, a posse of media persons gathered outside Gandhi’s residence for hours in the sweltering summer heat in anticipation of a sound bite from the loquacious cricketer-turned-politician who has been at loggerheads with chief minister Captain Amarinder Singh for over two years.

By evening, as Rahul drove out of his home to visit his mother and interim Congress chief Sonia Gandhi at her 10, Janpath residence, he feigned ignorance about the scheduled meeting with Sidhu, declining to even confirm if such an interaction was planned over the next day or two. Amid the Congress party’s desperate attempts at brokering a truce between various warring leaders of its Punjab unit, Sidhu’s aides had, on Monday, told journalists that the Amritsar MLA will be sharing his grievances with Rahul the following day and that party general secretary Priyanka Gandhi Vadra may be present at the meeting too.

The news of the proposed meeting was duly reported by various platforms and neither Sidhu, who left Patiala in full media glare on Tuesday morning, nor Rahul Gandhi’s office staff who were hounded through the day with queries on when exactly the meeting would take place denied the reports until the former Congress chief himself told journalists that there was “no meeting.” It is pointless to second guess whether a meeting was scheduled and later cancelled or if Sidhu, who never tires of flaunting his loyalty to Rahul and Priyanka, was snubbed by the Gandhi siblings without warning as the central characters in Tuesday’s drama are all silent for now. Nevertheless, the meeting that wasn’t is intriguing for various reasons.

With assembly polls due in Punjab early next year, the Congress high command has been in a huddle for over a month trying to diffuse the crisis in the state where it has its best chance of an electoral win among the five assemblies that will go for elections simultaneously around March 2021– Uttar Pradesh, Uttarakhand, Manipur and Goa are the other four. However, the Congress, which stormed to power in the state in 2017 under Captain Amarinder Singh’s leadership, winning 77 of the assembly’s 117 seats, is imploding due to the sharp differences between the CM and his party colleagues. Meanwhile, the Congress’s key rivals – Aam Aadmi Party and Shiromani Akali Dal – who had, over the past three years been written off as an ineffective Opposition, have been attempting a course correction ahead of the 2022 assembly polls.

The AAP had made a stunning debut in the Punjab assembly in 2017, winning 20 seats and displacing the SAD as the Congress’s traditional opposition in the state. However, since the victory, the party had been in complete disarray, beset by defections and rebellions. Now, as the Congress implodes under the weight of the individual aspirations of its many state leaders and their deep discord with the CM, the AAP is trying to regroup. On Tuesday, while different sections of the Punjab Congress were busy guess what assurances Sidhu would secure from the Gandhis during their proposed meeting, Delhi chief minister Arvind Kejriwal addressed the media in Chandigarh effectively announcing his party’s poll plank for Punjab.

Kejriwal has promised to replicate his populist Delhi model in Punjab if the AAP is voted to power. A glimpse of this was shared by him on Tuesday when he declared that the AAP would provide 300 units of free electricity to all households in Punjab and waive of unpaid inflated bills that the state’s electorate has been peeved about for the past few years. Earlier, during his visit to Amritsar, Kejriwal had also declared that the party will have a Jat Sikh chief minister assisted by a Dalit deputy – a combination that represents a formidable electoral vote bank in the state.

While the AAP has sounded its poll bugle, the Congress which has everything to lose is still busy dousing the fires within its own house. A three-member committee constituted by the Sonia Gandhi to diffuse the Punjab crisis has already finished its discussions with over 150 party leaders and made a public spectacle of the CM by summoning him to Delhi twice to defend himself. Sidhu continues to be on the warpath amid increasing rumours that while keeping the Congress high command engaged under the impression that he still desires an amicable resolution, he is simultaneously bargaining with the AAP to be named its chief ministerial candidate against the Congress’s Amarinder Singh and the SAD’s Sukhbir Singh Badal.

Congress sources privy to the crisis-resolution effort in Punjab tell Outlook that the party high command has made it clear that there will be no change in leadership of the state government ahead of the polls but the Captain will have to be more accommodative of his colleagues who have been complaining that the bureaucracy rides routinely roughshod over them. Senior party leaders also told Outlook that rumours that Singh was denied an audience with the Gandhis when he came to depose before the three-member panel in Delhi on two occasions are “completely unfounded” and that the Captain “had not sought a meeting with the Gandhis and informed the panel that he will adhere with any decision taken by Sonia except one that would see Sidhu appointed as the state Congress chief.”

Outlook had reported earlier that the Congress is open to offering Sidhu two key responsibilities with immediate effect – deputy chief ministership in the Amarinder Singh cabinet and chief of the campaign committee in the Punjab Congress. Sources say if at all a meeting between Rahul and Sidhu does take place over the next few days, both these offers will be made to Sidhu along with the caveat that he will have to accept Singh’s leadership and stop his constant criticism of the chief minister. But for these offers to be made, Sidhu’s whereabouts will need to be ascertained first.