The sculpture of an early 20th century Sikh fighter pilot, cricketer and golfer from Oxford University shall be constructed in the England port city of Southampton 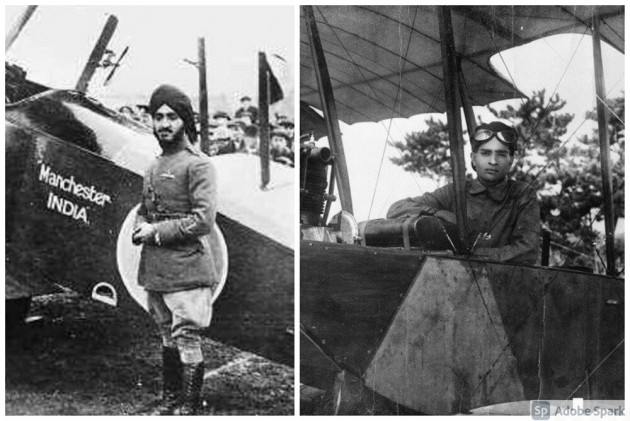 In memory of all the Indian soldiers who fought in the World Wars, the design for a sculpture of an early 20th century Sikh fighter pilot, cricketer and golfer from Oxford University has been approved for a new memorial to be constructed in the England port city of Southampton.

Hardit Singh Malik first came to the UK as a 14-year-old in 1908 to Balliol College at the University of Oxford and went on to become a member of the Royal Flying Corps during World War I. He became to be known as the "Flying Sikh", as the first Indian and turbaned pilot with a specialised helmet.

“As such the statue to the legendary World War I hero, Hardit Singh Malik, the world’s first Royal Flying Corps (now the Royal Air Force) Sikh, turbaned fighter pilot will be emblematic for the broader Sikh contributions in the British armed forces of World War I and II, with Malik’s extraordinary accomplishments as a ‘touchstone’ for the whole Sikh community and other of its lesser-known heroes,” notes the One Community Hampshire & Dorset (OCHD) organisation behind the campaign for the memorial, which was approved by the Southampton City Council last year.

Malik also played cricket for Sussex and was also the Indian Ambassador to France after a long and distinguished career in the Indian Civil Service. But it is as a fighter pilot during 1917-19 that he is best known.

“I am truly overwhelmed by the striking beauty and power of the exceptional design of the memorial, which captures the spirit and endeavour of this great RAF fighter pilot, Hardit Singh Malik, so well. It gives me great happiness to learn that the design is approved by the community,” said Lord Rami Ranger, Chairman of the British Sikh Association and Chief Patron of OCHD.

“This project certainly speaks for itself; strongly furthering community cohesion and integration, and testifying to the major contribution our Sikh and broader ethnic minority communities make to our country, as we live in such a vibrant multicultural society here in Southampton,” said Pritheepal Singh, OCHD CEO and Director.

The memorial will be created by English sculptor Luke Perry, who is associated with other memorials such as the “Lions of the Great War” monument in Smethwick in the West Midlands region of England, which depicts a turbaned Sikh soldier to honour the sacrifices made by millions of South Asian service personnel who fought for Britain in the World Wars. His design for the latest memorial was finalised earlier this month and also received the backing of the Council of Southampton Gurdwaras.

“Monuments such as this are a vital part of the fight for equal representation. These artworks are long overdue thanks and recognition to the communities from around the world who have supported Britain in its past and continue to do so in vital roles, not just in the armed forces but our health care and every aspect of modern life,” said Perry.

“The public statue of Hardit Singh Malik embodies the spirit of inclusivity — representing the will to ‘breaking the glass ceiling’ at the intersection of two World Wars and minority enrolment in the RAF: a significant feat for an Indian at the time,” added Dr Sanjukta Ghosh, Artistic Director at the School of Oriental and African Studies (SOAS) South Asia Institute and OCHD Advisor.

An online Go Fund Me fundraiser is also inviting funds for the memorial, the unveiling of which is expected to be accompanied by educational resources, a book and a documentary covering several educational themes.